Deadline for some kind of Kingman 4th of July event looms
City Council, with money to spend, may opt for block party 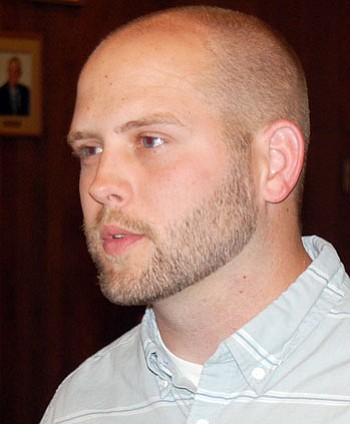 KINGMAN - The City Council has not given up on sponsoring some type of patriotic event to celebrate Independence Day, but things look doubtful with about a month left before America marks its 239th birthday.

In two items featured in the "old business" portion of Tuesday's first meeting of June, the Council will discuss "last minute plans" for a fireworks show, or in the alternative, a downtown block party.

The Council set aside $35,000 to fund a fireworks display this year for the first time in three years, but the Mohave County Fairgrounds Board voted not to host the event as it has in past years.

The fair board's decision came in the wake of a lawsuit filed on behalf of a pyrotechnician who was grievously injured during the 2013 show. Also named in the lawsuit are the city of Kingman, the Kingman Boomers, a now-defunct fundraising nonprofit group that collected donations to fund the show from 2012 to 2014, and the fair board.

Unfortunately, the fair board's decision came too late in the spring to give the city time to make other arrangements.

Assistant Fire Chief Keith Eaton at a prior meeting said there were no other venues suitable for the event, due in large measure to the type of fireworks the city requested when it issued its bid for proposals from fireworks companies.

The fairgrounds worked because the crowd could be kept several hundred feet away from where the fireworks are fired, specifically the largest shells. By this point, it was too late to re-bid the show without the larger shells, which might have allowed the city to host the show at Centennial Park.

The Council agreed to look for alternative celebrations when Mayor Richard Anderson and Council members realized a fireworks show would not work, but then lifetime resident and college student Shawn Walsh took it upon himself to keep tradition alive.

Walsh formed a nonprofit, the Community Improvement Foundation, and secured a venue - the sand drags tracks north of Kingman, on the other side of Route 66 from the Kingman Airport and Industrial Park.

Walsh requested the City Council provide the $35,000 it initially set aside to fund the show. But that money was budgeted to come out of the Tourism Development Commission budget, which set off another controversy over whether tourism was the proper fund since the fireworks show doesn't put "heads in beds."

The matter was sent to the tourism commission, which held a special meeting and voted 4-0 to recommend the Council deny the $35,000 - $25,000 for the show and $10,000 for fire protection - that would be provided by Northern Arizona Consolidated Fire District.

A possible alternative that will be discussed Tuesday is a block party featuring free hotdogs, a soft drink vendor, possibly a DJ to provide music and with the Chamber of Commerce picking up the cost of insurance.

Dora Manley, who played a pivotal role in last summer's International Route 66 Festival, said the backup plan could also include a photo op that would promote the city in its America's Best Communities competition.

Kingman was recently named one of 50 quarterfinalists in the $10 million competition to stimulate economic revitalization in small towns across the country.

Manley suggests that sparklers be handed out to attendees, who would walk en masse up Fourth Street to City Hall. The scene would be photographed and filmed from above.

This might not pan out because city staff has "some reservations" about the use of sparklers and also recommends the Council not approve Walsh's plans for a fireworks show.