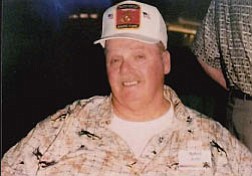 Robert was a Marine who was stationed in El Toro, Calif., in unit GMF334 as a sergeant for 10 years. He worked for Lockheed Martin for 22 years in Lancaster, Calif.

He will be deeply loved and missed by his family and friends.

Services will be determined at a later day.