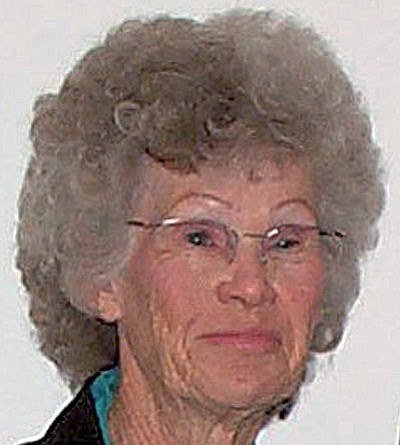 Born in Corning, Ark., on June 18, 1927, Winona Virginia Campbell Henson passed away at home in San Tan Valley on Feb. 7 with family by her side. She was 87. Services will be held at Southern Nevada Veterans' Memorial Cemetery in Boulder City at 2 p.m. March 9 (Nevada time).

She was preceded in death by her husband, Joe F. Henson; parents Cliff and Dolly Campbell; and brothers Herbert, Sterling and Arvel Campbell.

She moved to California with her family from Arkansas when she was a teenager. She married Joe Henson in December of 1947. They lived in California until 1969, when they moved to Arizona and eventually settled in Kingman.

She had an active church life wherever she lived and made life-long friends.

She was a devoted wife, mother and grandmother who enjoyed spending time with her family, crafting, church and activities at church with all of her wonderful friends.

She was loved by many and she will be missed.