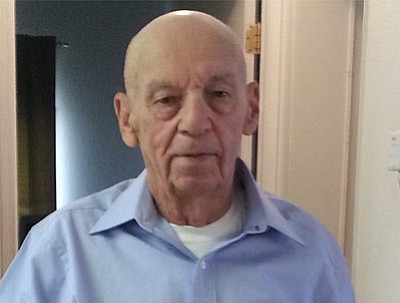 A memorial service will be held for Merlin at 10 a.m. Monday, March 9, at Sutton Funeral Home at 1701 Sycamore Ave. in Kingman.

He married Harriet Spencer on December 20, 1952, in Colorado.

Merlin belonged to the VFW and American Legion. He enjoyed fishing and camping.