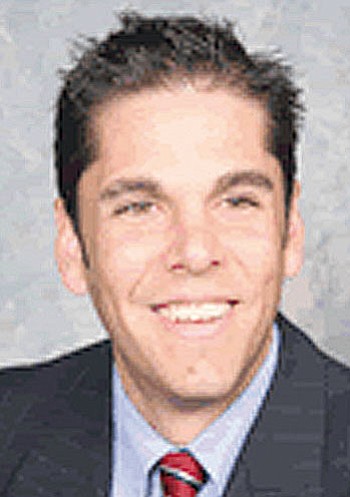 PHOENIX (AP) - After a day of cajoling, arm-twisting and deal-cutting, the Republican-controlled Arizona Legislature pulled an all-nighter to pass a $9.1 billion budget as the sun rose Saturday morning over the objections of lawmakers who wondered what was the rush.

Gov. Doug Ducey was able to swiftly push through a budget deal with the help of Senate President Andy Biggs and House Speaker David Gowan, despite initial opposition from fellow Republican lawmakers.

Throughout the day Friday, GOP holdouts were variously called to governor's office or met with Biggs and Gowan as they negotiated to restore funding for their top-priority issues.

Some succeeded, at least partially. A proposed cut of all state aid for community colleges in Pima, Pinal and Maricopa counties ended with Pinal County lawmakers restoring $1.9 million for their colleges - and securing several House votes.

University cuts were pared back from $104 million to $99 million - still above Ducey's initial $75 million cut, but a small victory. That earned the support of Republican Sens. Bob Worsley and Adam Driggs, and they also secured a promise that other funding sources would be sought.

And so it went.

In the end, it was one Democrat in the Senate who was the key to passage. Sen. Steve Pierce, R-Prescott, sat out the votes and Sen. Jeff Dial, R-Chandler, voted no, leaving it up to Sen. Carlyle Begay, D-Ganado, to cast the 16th vote to send the budget to Ducey.

Begay earned the ire of fellow Democrats by cutting deals for several plums for the Navajo Nation and other tribes in exchange for his vote. He got $1.2 million for transportation projects, up to $160,000 from excess state lottery cash for tribal colleges and a provision allowing tribes to qualify for sales-tax funds to support community colleges. He did so "to support my district," he said.

"I know some of the members of my caucus are not particularly pleased with my decision to support the budget as it was presented," Begay said in a lengthy email to constituents Saturday. "Votes are not always easy, especially when you serve as a Democrat in a Republican-majority state. As Democrats, sometimes we have to take the road less traveled."

The main budget bill passed on a 32-27 vote in the House, with two Republicans - Reps. Heather Carter and Kate Brophy McGee - voting against the bill and one absent. The bill required 31 votes to pass.

House and Senate Democrats - and some Republicans - said the budget was rushed through the Legislature to prevent transparency and oversight. "I would appreciate if next year we do the budget when the sun is up," said Sen. Ed Ableser, D-Tempe.

On its surface, the spending plan for the year beginning July 1 looked like a victory for the governor. But the revised budget lost some of what Ducey had initially proposed. The deal has no fee increases for vehicle licenses, fewer prison beds, more cuts to universities and more flexibility for K-12 funding.

The budget cuts nearly $100 million from universities and all the funding for Maricopa and Pima county community colleges, and it increases planned cuts to hospitals and other Medicaid providers from 3 percent to 5 percent.

Democrats said that cut will cost hospitals, nursing homes and other providers $127 million in state aid the budget year that begins July 1. But it also will result in the loss of more than $500 million in federal matching funds that could cause hospitals to discontinue services.

Among other issues included in the budget deal:

• A required cut of $123 million in non-classroom K-12 spending. The budget calls for an increase of $102 million in overall spending, but much of that is required to make up for inflation and increased student counts. Democrats call the plan a net cut in spending. Revisions to the non-classroom spending cut gives districts leeway in how they use some restricted funds.

• Forcing counties to pay 25 percent of the cost of sending a juvenile to the state's lockup. That will cost counties $17 million.

• Cuts in the lifetime limit for temporary assistance to needy families from 24 months to 12 months, a move Democrats say will lead to more child neglect and other social programs and make Arizona the state with the shortest eligibility in the nation.

Republicans argued that the cuts were necessary to overcome the state's $717 million structural deficit, according to legislative staffers.

"It isn't with anything other than difficulty we have to make these decisions. At the same time, we have to remind ourselves that in two years or three years there might not be any kind of program in which we can provide programs to families," said Rep. Steve Montenegro, R-Litchfield Park.

Rep. Kelly Townsend, R-Mesa, said the state needs to find creative ways to generate revenue such as a proposal to take back Arizona's lands from the federal government and use them to provide income.

University of Arizona President Ann Weaver Hart said she was deeply disappointed in the university funding cuts and said they will have devastating effects.

Biggs and other Republicans countered that the cuts were only a small percentage of the three universities' overall funding.

Democrats argued that cutting education has a long-term negative effect on Arizona's students, families and economy while increased funding would create a more skilled-workforce and ultimately bring in more revenue.

"Education is an investment. A little money in here means we will have contributing members to the economy for a lifetime," said Sen. Steve Farley, D-Tucson.

Sen. Katie Hobbs, D-Phoenix, said the adopted budget is not in the best interest of the state.

"It's not balanced and not living within our means," she said. "We pass the burden to counties, cities, schools, hospitals, universities, and the back of middle-class Arizona families and the poor."

Ducey said the budget prioritizes spending while protecting the most vulnerable and puts the state on track to reach a structurally balanced budget next year.

"If we want to see meaningful and lasting improvement in our schools and economy, government must start living within its means and practicing fiscal responsibility," Ducey said in a statement. "This is a budget that reflects our state's priorities and for that we should all be proud."