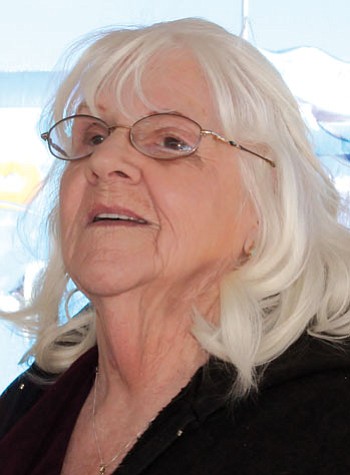 Barbara Florence Redmond, 81, passed away peacefully at home in the presence of loving family on Tuesday, Feb. 24.

She was born on Halloween 1933, in Santa Monica, Calif., and raised in the greater Los Angeles area. As an only child, Barbara spent generous amounts of her childhood learning aboard her mother's commercial fishing boat, "The Dixie W." She made her family priority, taught them the importance of time spent together, and that every celebration demands cake.

Barbara worked as an operator at Walmart in Kingman after transferring from Murrieta, Calif., in 2006. She originally moved to Golden Valley from Lake Elsinore, Calif., but resided in Kingman with her granddaughter and family the last four years. She befriended many at work and always held those friendships close at heart.

She was preceded in death by her husband of 44 years, Lester Redmond, son Chuck Laudermilk, and grandsons Christopher and Richard.

Barbara is survived by many who will miss her dearly, including her daughters, Sharon Roberson of Kingman and Carol Andrews of Golden Valley. She also blessed seven lucky grandchildren and 13 great grandchildren with her powerful love.