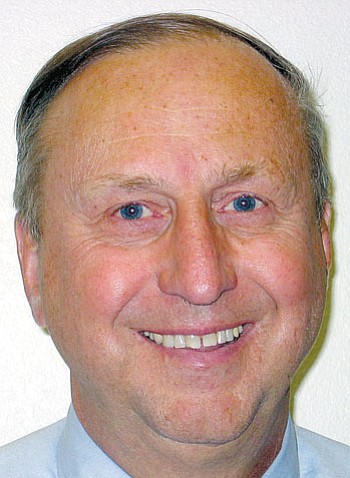 KINGMAN - An Arizona Legislative bill quickly moving through the Senate that would offer all school districts more testing options over time for student assessment - but could cost the state millions in federal education funds - is drawing concerns from local educators.

"I'm cautious about this bill, but I'm not against change," said Roger Jacks, superintendent of Kingman Unified School District. "I just hope we're not taking a step backwards. I like what I'm hearing about it being systematic and incremental. But will it jeopardize our federal funding? We don't want to lose that, so there's going to have to be some negotiation with the feds about whether these tests would be acceptable."

House Bill 2180 would require the Arizona State Board of Education to adopt a menu of at least four assessments in reading, writing and math that statewide district and charter schools could choose from in the 2015-2016 school year. The bill has passed the House and is now in the Senate.

"The bill was in the Senate caucus this week and the concern there was that we don't want to put the state in danger of losing its federal education funding," said Ward.

"So we're treading carefully, but we're being bold because our constituents want us to be bold. I support the concept of more test options, but it needs to happen incrementally."

The tests must be nationally recognized or they could violate federal law and cause Arizona to forfeit up to $582 million in federal education funds. The U.S. Department of Education requires that the same academic assessment be used annually to measure the achievement of all children.

Currently, the state's students are slated to take the new Arizona's Measurement of Educational Readiness to Inform Teaching, or AzMERIT, test in April. It was created last fall to replace Arizona's longtime achievement test, Arizona's Instrument to Measure Standards, or AIMS.

AzMERIT, designed for students in grades 3 through high school, was the product of the American Institutes for Research, a nonprofit organization in Washington, D.C., that was chosen by the Arizona State Board of Education to create the test. It was the top choice of a committee of educational experts who reported to the board, of which Jacks has been a member for two years.

In letters addressed to parents, teachers, superintendents and other members of the education community, the Arizona Department of Education touted the features of the new test, AzMERIT, beginning with it being uniquely Arizona's test. The state would control the decision-making for all aspects, including design, content, scoring and reporting, according to the ADE.

Also, the new test would better measure students' readiness for the future, and the state would have more meaningful reporting and be better able to identify strengths and weakness, noted the ADE. The test would be the least disruptive, lasting about seven hours across multiple days in April. Also, it would be easy to install and use with a high commitment to student privacy.

"It's important to let people know a lot of work went into the AzMERIT test and it was really thought out," said Jacks. "But that doesn't mean there aren't other ways for student assessment. This issue has been the subject of an ongoing discussion and the state for the past year has been talking about other ways to do the same thing. This bill follows in those footsteps."

Diane Douglas, superintendent of public instruction for the ADE, said she is in favor of school districts having more testing options than AzMERIT. Douglas took office in January, after AzMERIT was chosen, and ran on a platform of repealing Common Core, a controversial national educational system implemented in 2013 in Arizona.

It was later called Arizona's College and Career Ready Standards, and AzMERIT was to be its statewide test.

"A one-size-fits-all approach to state testing is not the best way to truly measure student success," said Douglas. "As a national leader in school choice, Arizona is better suited to a system that allows schools to select a test based on how they teach their students."

Susan Chan, district administrator for Kingman Academy of Learning, said she is still waiting for the paper version of AzMERIT to arrive. Chan said her district does not have enough computers to take the test online, and she is doing everything possible to prepare for the testing.

Chan said she has her own concerns about House Bill 2180 and how it would be administered throughout the state and in her district. Chan wondered if all the tests available would have the same rigor to them, and if they would be comparable to nationally recognized tests in other states.

"I feel cautious about this bill and would like to have more information about it," said Chan. "We don't want to lose any of our federal education money, because if we do, I don't think the state is able to make that up. I'm just taking a wait-and-see attitude right now on this."