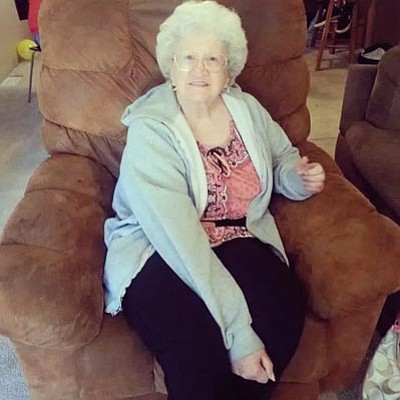 Myrtle B. Davis, the natural matriarch of the family, was born on March 8, 1935, in Merrill, Kan. She was the youngest of nine children.

Myrtle went home to be with the Lord and all of her family/friends who passed before her. Myrtle passed away in her daughter's arms on March 21 in her home after a battle with lung cancer.

She married Richard James Davis Sr. at midnight on Sept. 12/13, 1955, and moved to Richard's hometown of Salinas, Calif., in 1955 from Hampstead, Md. In her life, she was an administrative medical secretary/medical transcriptionist while raising three children, and then retired to Atascadero, Calif.

Myrtle and Richard celebrated 54 years of marriage until Richard's passing in September of 2008. They enjoyed a full, happy life together and loved traveling to see family and friends.

Myrtle loved drawing, painting, writing and providing her children and grandchildren with a spiritual foundation. She and her husband were active members of the Baptist church.