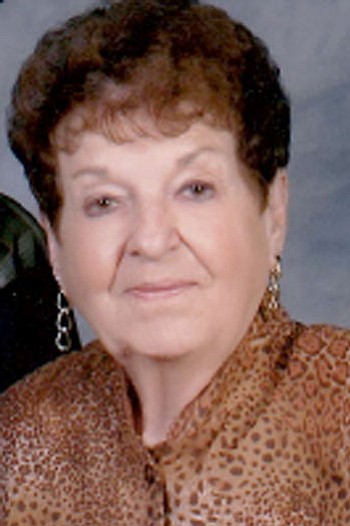 Gloria Grace Fjeld passed away peacefully at her home while surrounded by her family, taken into the hands of the Lord on May 4, 2015, after a brief illness. She was born on August 11, 1928, in Akron, Ohio. She was preceded in death by the love of her life, husband Orval (Rocky) Fjeld; her parents, Peter and Lena Puskarov; her brothers, Milon, Joseph and Louis Puskarov, and her sister, Milana Leidholdt.

She raised her children in Salinas and Escondido, Calif., and owned and operated restaurants in Escondido and Pauma Valley. She moved to Bullhead City in 1976 and worked for many years in the casino industry in Laughlin. She and Rocky moved to Kingman in 1983, where she worked for and retired from K-Mart.

She was a wonderful daughter, sister, wife, mother, aunt, grandmother, great grandmother, mother-in-law, and friend to all who knew her. She will be greatly missed.

Gloria was a member of Grace Lutheran Church in Kingman.

Per her request, there will be no services. She will be interred at a later date in Boulder City Veterans Cemetery, reunited there with her beloved Rocky.