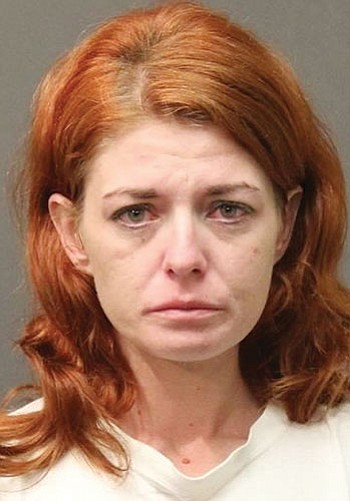 On May 4, Mohave County Sheriff's deputies arrested Ashley Nichole Adams, 29, of Golden Valley on felony charges of possession of narcotics, possession of dangerous drugs and possession of drug paraphernalia, along with misdemeanor driving on a suspended license and failure to pay fines warrants issued by Kingman Justice Court.

Deputies reportedly spotted a suspicious white Ford Explorer in the 2500 block of Hearne Avenue, according to sheriff's office spokeswoman Trish Carter. They lost sight of the vehicle but later found it parked in a residential driveway in the 2300 block of Leroy Avenue at about 8:30 p.m.

Deputies approached the driver, Adams, who reportedly told them she was at the home to visit a friend. The homeowner came outside and told deputies they didn't know the woman.

A record check revealed the warrants and Ashley was taken into custody without incident.

Adams complained of breathing trouble. She was medically cleared before being booked into jail.

Deputies were called to the Mohave County jail in Kingman at about 8:35 a.m. A detention officer allegedly found Jost was in possession of heroin.

On May 5, Mohave County Sheriff's deputies arrested Ronnie Howard Arnold, 42, of Kingman on a felony probation violation warrant issued by Mohave County Superior Court on an original charge of misconduct with a weapon.

Deputies contacted Arnold in the 3700 block of Lum Avenue regarding an unrelated matter. A record check revealed the warrant and he was taken into custody.