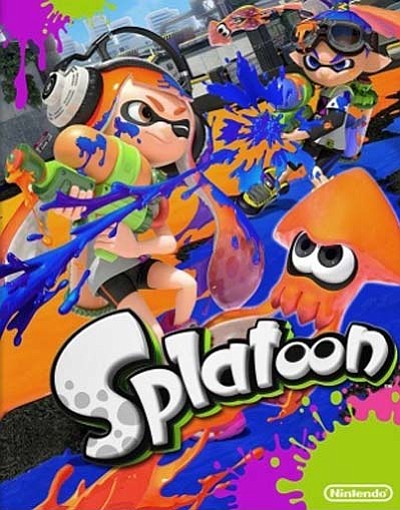 Courtesy<BR>‘Splatoon,’ new for the Wii U, features multiplayer play as “Inklings,” which can switch between human and squid form. It’s both fun and kid-friendly, according to early users, and could be what the Wii U system has been needing for a while.

After the bizarre death of her brother, Johana Burwood must return home after four years to face her strange siblings, her out-of-touch father and her very touchy past (IMDb). Hyland's work on "Modern Family" may have typecast her in this role, but those looking to see a film on family dynamics might enjoy seeing her branch out a bit while still in her comfort zone.

A young man's life is unraveled after witnessing a murder that he filmed in his rural town of Cut Bank (IMDb). This film just made it out of film festivals, and the plot has been getting hammered for not straying far enough from thriller clichés with the stacked cast they managed to put together.

Five friends play a game in a "mysterious" forest with a long history as a beacon for troubled young people contemplating suicide (IMDb). So...Blair Witch Project?

• Splatoon (Wii U): Nintendo's releasing a brand new IP! And it's a third-person shooter focused on multiplayer?! Wii U owners, myself included, should be pumped. In Splatoon, players play as "Inklings," characters who can switch between a human and squid form at will. Players work as a team to cover the arena with their team's ink color while defending it from other players. Nintendo has been granting early play access to Wii U owners and the multiplayer is fun, strategic, kid-friendly and original. They may have a hit on their hands here, which is just what the company needs to breathe some life into its struggling Wii U system.

After a showdown with the notorious Yemeni terrorist known as The Panther, John Corey has left the Anti-Terrorist Task Force and returned home to New York City, taking a job with the Diplomatic Surveillance Group. Although Corey's new assignment with the DSG - surveilling Russian diplomats working at the U.S. Mission - is thought to be "a quiet end," he is more than happy to be out from under the thumb of the FBI and free from the bureaucracy of office life. But Corey realizes something the U.S. government doesn't: The all-too-real threat of a newly resurgent Russia (Goodreads.com). This is the seventh novel in the John Corey series.

Lara Jean didn't expect to really fall for Peter. She and Peter were just pretending. Except suddenly they weren't. Now Lara Jean is more confused than ever. When another boy from her past returns to her life, Lara Jean's feelings for him return too. Can a girl be in love with two boys at once? (Goodreads.com). This is the sequel to Han's "To All the Boys I've Loved Before."

A spare yet eloquent, bittersweet yet inspiring story of a man and a woman who, in advanced age, come together to wrestle with the events of their lives and their hopes for the imminent future (Goodreads.com). More of a novella than anything else, but early reviewers are raving over Haruf's take on love in later life.