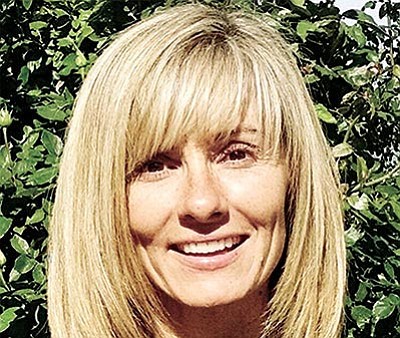 KINGMAN - Educating the public about the need for the first primary property tax in Kingman since 1980 was a key component of discussions the City Council had late last summer when they decided to ask voters to tax themselves.

Finance Director Tina Moline took the first step at Tuesday's meeting when she provided an exhaustive education to the Council.

The first point she made is the $3 million levy that would be in place if voters greenlight the tax in a special election next May wouldn't alter the budget much.

The levy would replace revenue gained when the city added a half-cent bump in the sales tax in 2013, but that increase would expire should voters approve a primary property tax.

"We'd be maintaining the status quo, at most," she said. The difference is, the $3 million in revenue from a property tax is more reliable, while sales tax revenue can go up or down year to year.

The general consensus of the City Council is to dedicate property tax revenue to emergency services. Currently, the Kingman Police and Fire departments account for more than half of the city's operating budget - and require more funding than the city collects in sales tax, its only local revenue source.

Most of that funding is for payroll - about $12 million - but there are plans to fund nonrecurring expenses to the tune of more than $850,000 regarding vehicle replacements and more than $17.5 million in capital projects through 2020.

• The construction of a public safety administration building that would house both departments at an estimated cost of $11.5 million in 2018 and 2019.

The construction of a new fire station, the city's fifth, is estimated to cost $1.85 million in 2018 and more fire engines will be required in 2020 at a cost of nearly $1.4 million.

So what does this mean to property owners who will pay the tax?

It is critical voters understand that whatever levy is chosen, it will be the base levy amount going forward, said Moline, who addressed a number of myths regarding primary property taxes.

• The city can increase the tax to whatever and whenever it wants.

"Not true. [State law] places a 2 percent plus new construction limitation on the amount a city or county can increase its base levy. It cannot be increased by voters, the City Council or staff."

• I already pay the city a primary property tax.

No, you don't and haven't in 35 years, when the City Council in office at the time abolished a primary property tax amid high sales tax revenue and employment. At the time, there were roughly 12,000 residents in Kingman.

• If my home's market value increases, I will pay higher property taxes.

Maybe, but not necessarily. If levies remain the same, a property owner will pay lower property taxes, said Moline.

Here's what Moline estimates will happen if voters agree to a primary property tax with a $3 million levy.

She said the city must consider the fact not all property owners will pay the tax.

Residents spoke following Moline's presentation, with comments ranging from the perceived unfairness of taxing those on fixed incomes to allegations the Council doesn't have a revenue problem as much as it has a spending problem. It was suggested the Council not only let the half-cent sales tax increase become permanent, but to even add more to the current rate of 8.35 percent.

Councilwoman Carole Young said the city's sales tax revenue continues to decrease each year as more people shop online and Kingman residents shop for certain items outside of Kingman because they are not available here.

She said if the city doesn't find a permanent revenue stream, such as a primary property tax, the Council would be forced to raise the sales tax "every few years." And while nobody on the Council - or anywhere else in Kingman, for that matter - has advocated adding a tax to food purchases, many Arizona cities have such a tax in place.

Mayor Richard Anderson on Wednesday said it was incumbent on every member of the Council to do his or her part in fully explaining the issue so voters fully understand what's at stake when they head to the polls May 17.