Beyond the Mainstream Media: The Second Amendment's Biblical Founding 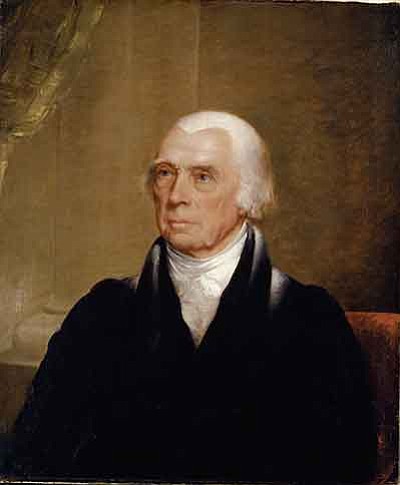 The second book of the Bible, Exodus, is so named for it describes the going out of God's chosen people, the Jews, from the land where they had suffered helplessly as slaves for generations; then on to the great truths on how to live, what worship was acceptable, etc.

Exodus 20 gave them (and us) the Ten Commandments and Exodus 22 gave them personal property rights and their God-given right to protect it, still in our laws today and known as the Castle Doctrine, from whence our Christian Founders wrote the Second Amendment.

In their own words:

Constitution signer John Dickinson, speaking on that inalienable right "which God gave to you and which no inferior power has a right to take away."

Constitution signer James Wilson called it "a new security" for the right of self-defense that God has already bestowed on every individual.

Samuel Adams, Father of the American Revolution/Signer of the Declaration - "The Constitution should never be construed ... to prevent the people of the United States, who are peaceable citizens, from keeping their own arms."

Fisher Ames, a framer of the Second Amendment in the First Congress. "The right ... of bearing arms ... is declared to be inherent in the people".

James Madison, U. S. President, signer of Constitution, framer of the Second Amendment in the First Congress: "The advantage of being armed ... the Americans possess over the people of almost every other nation ... in the several kingdoms of Europe ... the governments are afraid to trust the people with arms".

Richard Henry Lee, signer of the Declaration, framer of the Second Amendment in the First Congress: "To preserve liberty, it is essential that the whole body of the people always possess arms, and be taught alike, especially when young, how to use them."

In the 97th Congress, a "Right to Keep and Bear Arms Report" by the Subcommittee on the Constitution (among other places) presented the following:

"In the colonies, availability of hunting and need for defense led to armament statutes comparable to those of the early Saxon times. In 1623, Virginia forbade it's colonists to travel unless..."well armed," in 1631 it required colonists to engage in target practice on Sunday and to "bring their peeces to church." In 1658, it required every householder to have a functioning firearm within his house and in 1673, its laws provided that a citizen who claimed he was too poor to purchase a firearm would have one purchased for him by the government,which would then require him to pay a reasonable price when able to do so. In Massachusetts, the first session of the legislature ordered that not only freemen, but also indentured servants own firearms and in 1644 it imposed a stern 65 shilling fine upon any citizen who was not armed.

When the British government began to increase its military presence in the colonies in the mid-eighteenth century, Massachusetts called upon its citizens to arm themselves in defense. Colonial newspapers stated it's "a natural right which the people have reserved to themselves, confirmed by the Bill of Rights, to keep arms for their own defense." The paper then cited Blackstone's commentaries on the laws of England (one of the Christian sources our Founders used in our Founding documents) which "had listed having and using arms for self preservation and defense" among the "absolute rights of individuals".

Not only were families required to use hard-earned wealth to acquire weapons, they were also required to bring them to church Sunday for range time to practice their markmanship.

For them, it was a moral issue concerning defense of family and country and, certainly being more "orthodox" than we are today, they saw no problem with biblical law and gun ownership.

In fact, Puritans also owned firearms. Each household was required to own a gun, carry it with them in public places, especially to church and to train their children in firearms proficiency. Edward Winslow, writing back to England about the first Thanksgiving Day, 1621, stated among other recreations, the Indians and pilgrims joined together in target practice.

It's very obvious by the very words of some of the writers of the Second Amendment, their deep Christian feelings on gun ownership not only for hunting but for property and bodily defense.

The real problem is not an armed America. The real problem is the fact we threw God and His teachings (thou shalt not kill, steal, etc) out some 50 years ago. It isn't devout Christians out senselessly shooting up schools and threatres but those who have left, or never been taught, the ways of Christ. Without Him and His redemption, our sinful nature overtakes us.

It is not less guns that we need, it is more God.

Beyond the Mainstream Media: The Second Amendment's Biblical Roots
The Second Amendment is meant to protect individual rights
Letter: Refuse to be a victim
Kingman Letter: Religion in politics
Letter: States' Rights vs Bill of Rights -- A Conundrum of Disproportionate Means