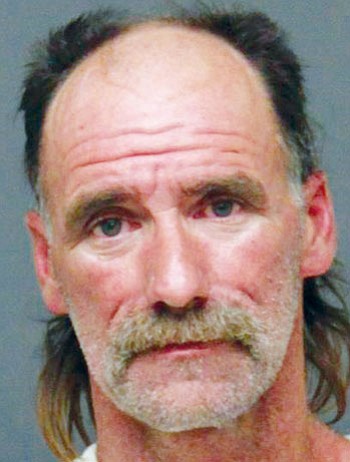 MAGNET, with the assistance of Bullhead City SWAT, Department of Public Safety, Kingman Police Department's bomb squad, and the Gang and Immigration Intelligence Team Enforcement Mission, served a search warrant in the 3800 block of Bagdad Road. Officers reportedly found methamphetamine and heroin along with 16 weapons, including handguns, rifles and shotguns.

Larry Joe Roberts, 46, and Angela Andrews, 42, were found living at the residence, along with another woman.

Andrews also had a misdemeanor warrant for failure to pay fines issued by Kingman Municipal Court.

The woman was arrested on a contempt of court misdemeanor warrant issued by Kingman Justice Court.

During the search, two people pulled up to the residence in a vehicle.

Animal Control officers also responded and issued citations, and the residence was inspected and determined to be unsafe by Mohave County Code Enforcement personnel.