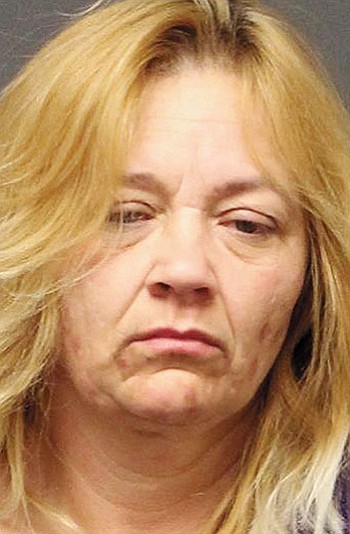 KINGMAN - A Kingman woman was apparently upset when a Mohave County Sheriff's deputies allegedly interrupted her and her friend smoking marijuana.

Valerie A. Julius, 47, was a passenger in a car that was pulled over Friday on Thompson Avenue near Jimmie Drive at about 1:50 p.m. Deputies allegedly smelled freshly burnt marijuana in the car.

A search of the purse allegedly revealed Julius possessed a metal pipe with burnt marijuana. They also allegedly found a white crystal substance and a plastic container with white crystal residue.

Julius and the man were taken into custody. She was charged with three felonies: possession of dangerous drugs, possession of marijuana and possession of drug paraphernalia. The man faces a misdemeanor charge of failure to show a driver's license.

Deputies pulled over the pair on Elmer Drive and Northern Avenue at about 8:30 p.m. Cook allegedly identified herself as Jakki Cook and could not remember her Social Security number. Deputies eventually determined her identify and record checks revealed the warrants for both Cook and her friend. A search of the man allegedly revealed a metal container that held marijuana residue.

Both were taken into custody without incident.