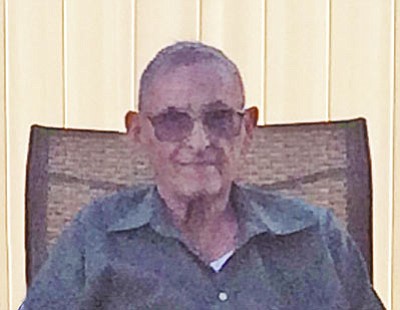 Ron Gilgen, 80, passed away April 10, 2016, peacefully in his sleep. He was a devoted husband, father, grandfather and great grandfather.

He will be deeply missed and always remembered by his friends and family.

Ronnie was a hard worker and a jack-of-all-trades. At the time of his passing, he was the maintenance man at the MCARC, where he had a special bond with the clients and staff.

He was survived by his wife, Helen; son Doug (LaJeanne); daughter Linda (Ron) and son Robbie; five grandchildren; 16 great-grandchildren; sister Ruth; and many nieces and nephews.

He was preceded in death by his parents, John and Emma, and brothers Rudolph and Raymond.

Viewing will be held one hour prior to service on Friday at 10 a.m. at the LDS chapel at 610 Eastern St. in Kingman.

In lieu of flowers, donations may be sent to Kingman's Healing Hooves, where his son Robbie and many of his special needs children ride at 4390 N. Glen Road, Kingman, AZ 86409, or via Paypal at kingmanshealinghooves@gmail.com.