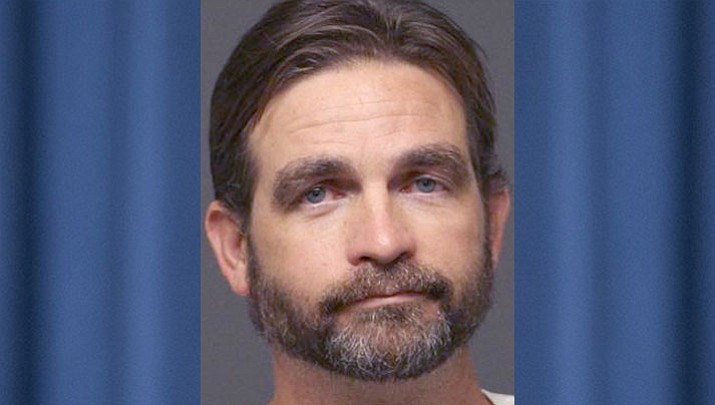 Deputies responded to an assault call at a residence in the 1400 block of Verde Road. Upon arriving at the scene, deputies observed Wilkinson attempting to drive from the residence. Deputies conducted a traffic stop and contacted Wilkinson. He was taken into custody without incident.

Deputies contacted the 34-year-old female victim who was at a residence across the street. The victim reported that Wilkinson was intoxicated and had been locked out of the residence. She told deputies that Wilkinson had pried open the door and began to assault her. She stated he had pushed her over a couch and held her down while punching her. Deputies observed injuries to the victims face and hands. They also spoke to an 11 year-old male victim who reported that during the incident, Wilkinson had pushed him down causing an injury to his wrist.

Wilkinson refused to speak with deputies. Wilkinson was transported and booked into the Mohave County Jail.

Deputies contacted Whatsoniame in the area of Butler Avenue and Benton Street. While speaking with him, deputies observed him place a spoon in his mouth. He consented to a search where deputies located a plastic bag containing a white crystal substance in his pocket. During further conversations, Whatsoniame admitted to licking methamphetamine residue off of the spoon. He was taken into custody without incident and transported and booked into the Mohave County Jail.

Public safety dispatchers received a call of an assault on Route 66 near milepost 90. Deputies were advised the male involved in the assault left the scene with five children in the vehicle. A description of the vehicle was provided to deputies. Deputies observed the described vehicle on Route 66 near milepost 66 traveling at a high rate of speed. Deputies conducted a traffic stop and contacted Russell. While speaking with him, deputies smelled an odor of alcohol and observed he was swaying back and forth.

Russell refused to perform field sobriety tests. He was taken into custody without incident and was transported and booked into the Mohave County Jail without incident. An analysis eventually revealed his blood alcohol concentration to be .117%. The children were released to family members.

Anderson was taken into custody without incident. Deputies found him to have been in possession of a syringe containing liquid which field tested positive for methamphetamine. He was transported and booked into the Mohave County Jail. A detention officer located a plastic bag of marijuana inside Anderson’s pocket.