Movie great for kids, but Pete’s draggin’ a bit for adults 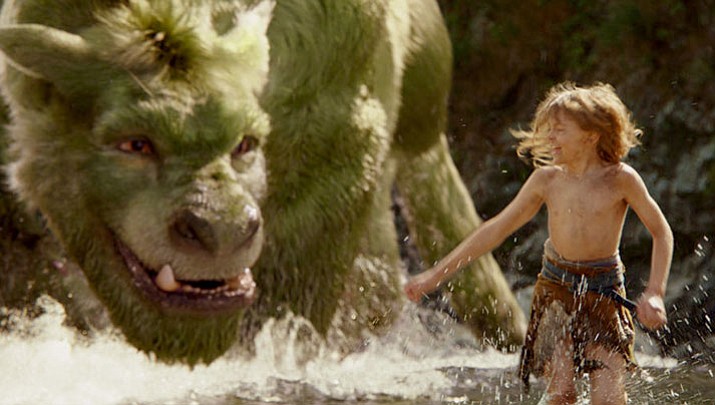 Pete’s Dragon” will leave young viewers pleased and content as a very furry dragon and his human orphan romp about through lush forests in an attempt to keep their fragile family together.

Young Pete is orphaned following a car crash. Confused and frightened, he stumbles into the woods where he is lovingly adopted by a gigantic, furry, green dragon who he names Elliot. A few years later, Pete is discovered by a park ranger who realizes that her dad’s tall-tales of dragon lore were indeed true.

This remake is a bold step away from the 1970s film of the same name. Far more sentimental and carefully crafted than the original, family audiences will appreciate the lack of violence and strong themes of loyalty, love, and family. The dragon is endearing and conveys numerous emotions through his grunts and expressions.

Parents, this is a quintessential Disney film. It’s essentially “Jungle Book” with a dragon. There are no surprises or thrills for adults but the sights and amazingly cuddly dragon will keep little eyes quietly occupied. The acting is on par with any standard drama (read: way better than expected) and the ending is dripping with the sentimental, nostalgia that only Disney can bring.

For Children: 5 of 5 Miners

‘Beauty and the Beast’: It’s no beauty, but it isn’t quite a beast either
Golden moments too few, far between in 'If I Stay'
Latest ‘Dragon’ installment delights as much as predecessors
Reel Watchers: Diary of a Wimpy Kid: Dog Days
‘Blue-goo cuteness’ may be mind-numbing for some
Event Calendar