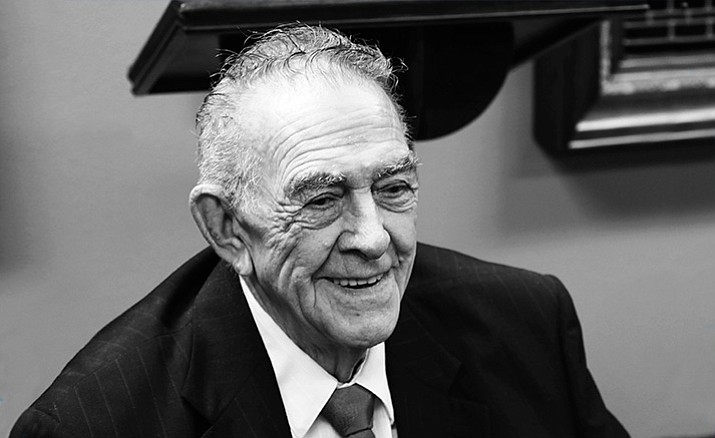 He was born to Herbert William and Hannah May Zimmerman on Oct. 19, 1927, in Greeley, Colo.

Herb joined the Navy during World War II and received an honorable discharge in 1945. He married his loving wife, Alice, in Victor, Colo., on June 11, 1955. They celebrated their 60th wedding anniversary shortly before Alice’s passing on July 11, 2015. They retired to Kingman in 1993, and had been residents ever since.

Herb was a private man who led a quiet life, but was a caring person who provided a helping hand to those who needed it.

He will be deeply missed by his family and friends. A memorial service will be held at 11 a.m. on Monday, Aug. 22, at College Park Baptist Church, with interment immediately following at Mountain View Cemetery.