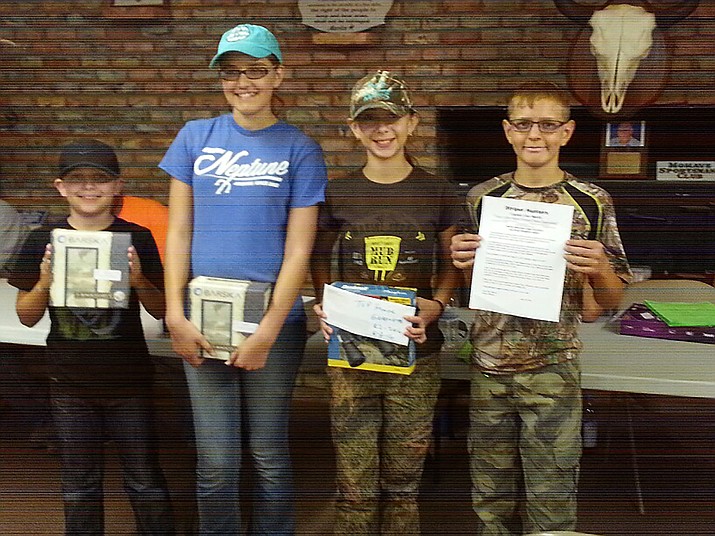 Teaching sportsmen, young and old alike, to be safe, responsible, and ethical are the goals of the Kingman team of the Arizona Hunter Education program.

The team recently announced that 37 students graduated after a two weekend class at the Mohave Sportsman Club’s 7 Mile Hill Range.

According to chief instructor Jim Rich, the breakdown of those taking the class included students who were from 9 to 59 years old.

“We had 29 young adults, including 22 young men and 7 young ladies graduate from this class,” Rich said.

The graduating class included 11 students who had taken the department’s online class and participated only in the field day exercises.

Rich noted that on the final test scores for the students who had been there for the entire two weeks averaged of 91.54 on their tests, while the online students averaged 82.4 percent. Eleven-year-old Brody Schneikart of Lake Havasu City was the top finisher of the online class with a score of 92 percent.

The top honor graduate in the classroom was 13-year-old Aryana Thayer from Lake Havasu City. Thayer also tied for first place in the Ladies Hunter Ed archery shoot, and won in a shoot-off with second place finisher Rebekah Chmiel. Thayer won a Realtree camo hat for her win.

As the top honor graduate, Thayer also won a pair of Bushnell 10X50 binoculars that were donated by the Mohave Arms Collectors Association. She also received a certificate for an overnight striper fishing trip for her and a parent in the summer of 2017, courtesy of Striper Hunters.

The “Good Student” award went to 13-year-old Billy Chmiel, who received a certificate for an overnight striper fishing trip in 2017 for him and a parent.

Brooke Hunter, 11, also received a pair of Bushnell 10X50 binoculars after being drawn as part of the classes “Good Student” program.

Students who scored a perfect 100 percent on their final test included Jackson “Jack” Divis, 10, and 13-year-old Rebekah Chmiel. Both received binoculars courtesy of the MACA.

With their graduation, each student, regardless of his or her age, will now receive a permanent bonus point for all of Arizona’s big game species. The graduates will now join thousands of other Arizonans who are safe, ethical and lawful sportsmen and women. The next class is in the fall.