Column: Legend Ranch Road the unofficial start of I-11 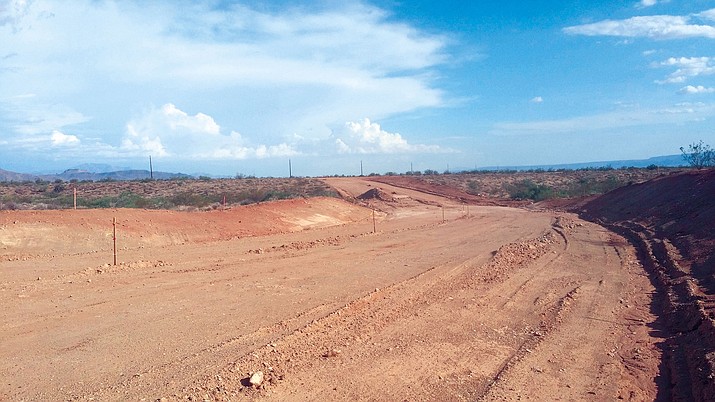 Legend Ranch Road is one of the opening moves on the construction of I-11.

GOLDEN VALLEY – The future of Golden Valley and Mohave County is getting a big boost with the development of Legend Ranch Road.

Interstate highways must be built with limited access. That means somewhere north of the Highway 68 interchange there will be entry and exit ramps. There will be a frontage road, but you will have to travel miles out of your way to cross U.S. 93 when I-11 is finished.

Arizona Department of Transportation representatives have stated that Agua Fria is too close to 68. An interchange at Mineral Park that connects the western portion of Golden Valley and Bullhead City is going to be an important alternative to driving all the way across 68 to get to a freeway entrance.

Legend Ranch Road is ideally located. It will provide a good thoroughfare because it will traverse very little land that is going to be developed. Much of the route crosses state or federal land. And even if people wanted to build homes in the area, the water table being about 2,000 feet deep along the route makes it cost prohibitive to drill residential wells.

Meanwhile the intersection at Mineral Park Road will permit access to Chloride, Mineral Park and the Mohave County Landfill. That intersection is going to boom. It will be the last exit before Dolan Springs and Grand Canyon West. There will be a convenience store, filling station and fast food place all providing entry level jobs for Chloride and Golden Valley residents.

Looking south on 68, Colorado Road feeds south to Shinarump Drive. Past Shinarump it may one day connect with Kingman Trails and go all the way south to offer access to the power plant and the Interstate 40 Industrial Corridor.

This is the kind of forward thinking that Mohave County has indulged in since the very beginning. The Beale Camel Road, the railroad following Beale’s route, Route 66 and even I-40 were all ahead of their time.

Dwight Eisenhower was impressed with the Autobahn while serving in Germany in 1919. He also drove a truck in a convoy across the United States before World War II. He conceived the Interstate system decades before he created it, and with it the demise of Route 66, when he was president in 1956.

History shows in Mohave County nobody was concerned about the demise of Route 66 until years later. Now it is a destination for tourists from all parts of the world.

It may be argued there is not enough traffic. There will be. Kingman to Las Vegas looked a lot different in 1980. Back then there wasn’t enough traffic to justify Highway 68 across Golden Valley. Santa Claus, Ariz., was one of the few lights you would see between Kingman and Hoover Dam.

The new Interstate and Legend Ranch Road will not intersect on a whim. They will intersect because of foresight on the part of Board of Supervisors. The Board had the wisdom to use funds that would have been swept away by the state to build the new road. No scheduled road or street maintenance anywhere in the county went undone because of Legend Ranch Road.

Golden Valley isn’t just getting a new road. Its future is getting a big economic and developmental booster shot.

Letter: Legend Ranch good for Golden Valley
Column: County spending big on a road to nowhere
Golden Valley to get highway shortcut, but its value is questioned
Road construction coming to Kingman and Golden Valley
News Briefs: Sunday, May 9, 2010