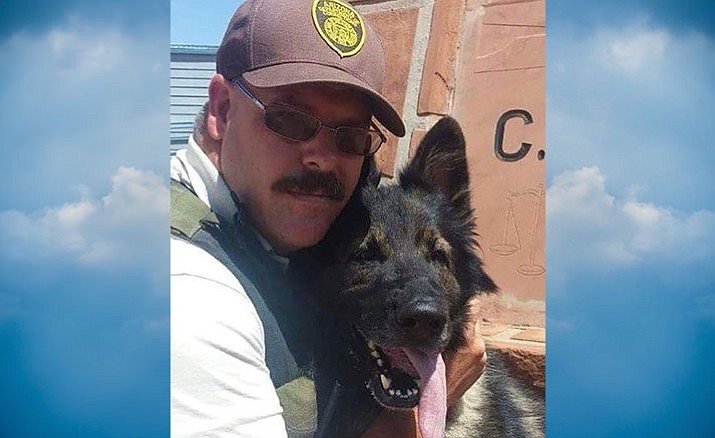 Jake was raised in Bagdad, Arizona, and later in Chino Valley, Arizona.

At the young age of 20, he began his career with Arizona Department of Corrections in Winslow, Arizona. Soon after joining the ADOC, Jake became a K-9 officer. During his career he became one of Northern Arizona’s go-to guys for tracking fugitives and assisting multiple agencies with search and rescue of lost or injured people. Jake was an honorable man and a stellar officer. He was admired by many for his work ethic and his desire to do his best each day. Jake retired from ADOC as a K-9 sergeant and was recognized as 2015 Supervisor of The Year.

Jake and his wife, Monica, relocated the family to Elkhart, Texas, to fulfill their dreams. Jake went to work for the Texas Department of Criminal Justice as a correctional officer. Jake’s enjoyments in life was the great outdoors, but most of all being a husband and a father.

Spending family time and creating their home was a priority for Jake. Hunting, camping or just a fun day out on the town is how he captured life. Whether it be teaching and guiding his children, spending time with his love, Monica, or just being with friends and family, there was never a day without some kind of joking or his mischievous chuckle.

Jake was a friend to all who knew him. May all of you be comforted in the warm memories of yesterday and in witnessing his legacy as his children grow.