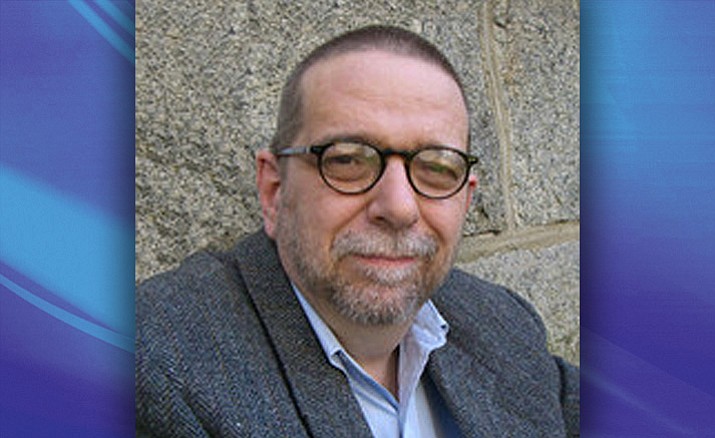 I’m a newspaper reporter. I’m 59 years old. I wear a lot of tweed. I swear. I can’t count how many house fires, stabbings and shootings I’ve covered. I’m six feet tall and covered with hair. I smoke, either a pipe or cigars. I drink my whiskey straight and my coffee black. I used to box a little. I’m a fairly good shot. I often refer to the younger reporters as “kid.”

During the Christmas season — and I don’t call it “the holiday season” — I’m a big, annoying elf.

I love Christmas like 8-year-old boys love Christmas. During the season, I smoke special Christmas pipe tobacco. On Christmas Eve, I wear a Santa hat to the office. I drive around at night, looking at the lights on the houses. I love Christmas craft fairs and Christmas trees and eggnog. I own a pair of Christmas socks and a couple Christmas ties featuring Santa and elves. The radio in my truck is tuned to the Christmas music station as soon as it’s available. I whistle carols.

About three years ago, I decided to buy a Christmas sweater. I wanted something loud, but sincere, and nothing that mocked the holiday.

When, I started my search, I thought what a pity it was that my tiny, immigrant grandmother was dead. Her house was a festival of loud and sincere, including a number of gaudy and cherished Catholic religious articles. As a woman who had no use for irony, she would have been the one to ask.

I did my searching mostly on eBay, the repository of secondhand everything.

I didn’t buy anything described as an “ugly Christmas sweater.” I wasn’t trying to comment on middle-class taste. I was trying to buy a sweater.

If the sweater showed Santa with his pants around his ankles pooping down a chimney, I didn’t consider making a purchase. To be blunt, who the hell, having been a child at Christmas, could grow up to buy that sweater?

So, because I love and respect Christmas, it took me three years to find the sweater I wanted.

It’s secondhand. I got it on eBay. It’s red, long-sleeved. On the front is a big Snoopy with a wreath in his paws. He’s smiling. There are holly branches and berries running up both sleeves.

It’s American-made, and it was crafted at least 15 years ago, maybe more. I can tell because the design isn’t screen-printed onto the sweater. Nope. It’s woven right into the wool. As a man who likes to dress well, I can tell you that clothing made overseas is trash compared to what American garment workers used to make.

My wife, who is fashionable, has chosen to regard many of my eccentricities as “cute.” I carry a pocket watch. I wear a pinkie ring. She just keeps smiling.

I like the sweater. A lot. I’ve already worn it to work.

My wife works with me. We’re both on vacation this week. This morning, she was watching one of those morning talk shows, and the hostess, a birdlike woman in bright blue high heels, was talking about loud Christmas sweaters. She said they’re “trending.”

“I hit,” I told my wife. “Thirty years of tweed and pocket watches and suddenly I’m riding a fashion trend like it’s a surfboard.”

Take it from an old reporter. Christmas never really goes out of style.