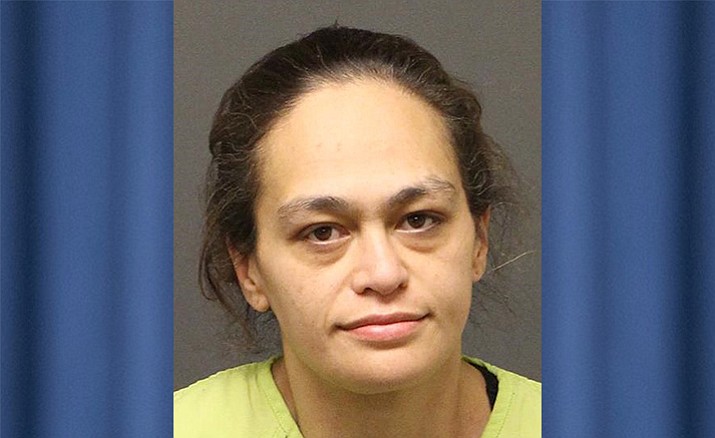 A sheriff’s spokeswoman reported that at approximately 4 p.m., deputies and Mohave County Probation officers went to a home in the 3200 block of Ames Avenue to contact McConkey. Probation officers noted several alleged violations of her probation as well as contraband and drug paraphernalia at the home.

McConkey was taken into custody without incident, transported and booked into the Mohave County jail.

On Dec. 11, Mohave County Sheriff’s deputies arrested Michael James Crouch, 43, of Kingman for felony possession of marijuana and a felony warrant for failure to appear in court.

A sheriff’s spokeswoman reported Crouch ran from the scene when deputies responded to the 3800 block of Butler Avenue for an unrelated incident. Deputies pursued and detained Crouch, who reportedly said he ran because of outstanding warrants.

Crouch was arrested after a computer check confirmed the warrants. A search allegedly revealed he possessed marijuana. He was transported and booked into the Mohave County jail without further incident.

A sheriff’s spokeswoman said that at about1 p.m., the sheriff’s office received a call of a woman attempting to gain unauthorized access to a business in the 1400 block of East Gordon Avenue.

Deputies responded to find a Kingman Police officer already on scene and speaking with Pemberton. According to the business’s records, Pemberton was not allowed on the premises and she allegedly gave the officer a false name.

Her identity was discovered and she reportedly became uncooperative and struggled while being arrested. She was transported and booked into the Mohave County jail.

Theft of means of transportation

A sheriff’s spokeswoman said deputies responded to the area of 3200 block of Ames Avenue while conducting a follow-up investigation into the theft of an automobile. An investigation placed Tiry as the main suspect in that theft.

The partially hidden vehicle was discovered on the property earlier and deputies were responding to make contact with Tiry, where they found him in the home.

He was taken into custody without incident, transported and booked into the Mohave County jail.

Adcox was arrested after officers responded to a suspicious activity call at a home in the 4700 block of Steinke Drive. The home was supposed to be unoccupied while the elderly owner was in a care facility.

Officers arrived and found Adcox and another person in the home. Police determined Adcox was “squatting” and not allowed to be in the home. They said he also was in possession of heroin, methamphetamine and drug paraphernalia. Investigators also found alleged evidence that indicated Adcox was stealing mail from area mailboxes.

Adcox, according to police, admitted to his involvement with the drugs and mail theft and was booked into the Mohave jail. The second subject found inside the home was released, pending further investigation. The investigation is ongoing with additional charges expected.

A sheriff’s spokeswoman reported deputies stopped Sunimo after seeing him allegedly speeding in the area of the 3300 block of Northern Avenue. He also had a passenger in the vehicle. Deputies smelled alcohol and subjected Sunimo to a field sobriety test.

Sunimo was found to have a reported blood alcohol content of 0.188. He was arrested for aggravated DUI and transported to the Mohave County Jail without incident.

Police reported Martinez was the driver and Ojeda the passenger of a vehicle they stopped in the 3100 block of Harrison Street for a reported traffic violation. Both men tried to walk away from the vehicle, but were detained. Officers said they found methamphetamine packaged for sale and marijuana inside the vehicle. Ojeda was also allegedly armed with a handgun he said was to protect both him and the drugs. Both men allegedly admitted involvement and were booked into the Mohave County jail. The vehicle was impounded and the investigation is ongoing.