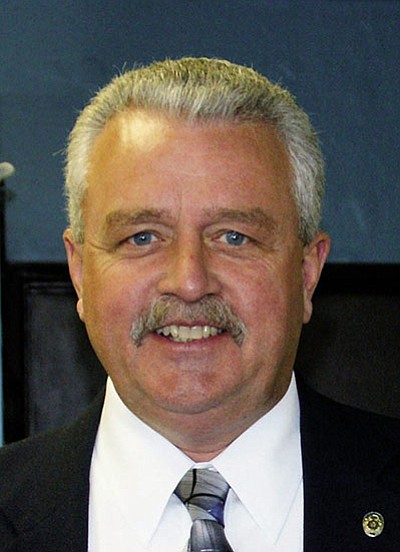 The lone gunman in the ambush-style shootings of 12 Dallas Police Department and Dallas Area Rapid Transit Agency officers was killed by a police robot armed with a bomb, leaving five dead and the others wounded, some critically. The shootings took place during a protest over the killings of two black men, Alton Sterling of Baton Rouge, La., and Philando Castile of St. Paul, Minn., over the course of two days last week.

"The Kingman Police Department is humbled by the outpouring of local support and consider it an honor to serve our community and residents."

"The shootings (in Minnesota and Louisiana) are being investigated by the Department of Justice to determine the facts. To comment on them would be premature, other than any shooting is certainly not the desired outcome.

"As for the Dallas shootings, it was an ambush, taking the lives of those protecting the protesters that were protesting against the police. It goes beyond tragic and is completely senseless. It demonstrates what officers are faced with in this day and age.

"Therefore, I recommend that citizens get trained in the use of firearms. If they don't have a firearm, get one, get proficient and be diligent of the times we live in."