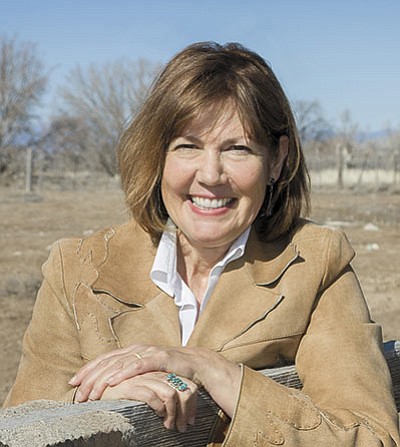 KINGMAN - Ann Kirkpatrick seeks to become the first woman Arizona voters send to the U.S. Senate, and she knows just what she would do if they oblige.

"I'm all about jobs," said Kirkpatrick, a Flagstaff Democrat in her third non-consecutive term in the U.S. House of Representatives.

Kirkpatrick already has one big advantage. With no primary battle to wage, she will be well rested to take on whomever prevails in the Aug. 30 Republican primary. Incumbent John McCain is in a tight race with challenger Kelli Ward, a former state senator from Lake Havasu City, and a trio of other candidates who could poach enough votes to make things interesting.

Don't ask Kirkpatrick who she would rather see in the Nov. 8 general election.

"I don't make speculations," she said with a chuckle. "Elections are about choices and it's the voters who make them."

What she has thought about is jobs. Kirkpatrick's family worked the timber industry in the White Mountains of Northeastern Arizona and she has seen what happens when whole industries die out.

"From my standpoint, I'm all about jobs," she said. "Especially in the rural areas."

That could be music to the Kingman area's collective ears as mining activity, long the region's economic lifeblood, has nearly disappeared from the landscape. It's been years since a significant employer opened in the Kingman Airport and Industrial Park, and recovery from the Great Recession has been frustratingly slow.

Kirkpatrick was shocked after the Veterans Administration in Phoenix was found to have falsified statistics regarding health care for veterans.

"Making sure veterans get the health care they deserve is a top priority of mine," she said. "I was working on things at the Phoenix VA, but after I did my visits we find they are still having trouble."

Kirkpatrick and her one-time rival, Rep. Paul Gosar, R-Prescott, have teamed up in support of the proposed Interstate 11 project that would ultimately link Mexico and Canada - and enhance Kingman's attraction as a transportation hub if it comes through the city.

Kirkpatrick could benefit from McCain taking part in Republican senators' refusal to give hearings for Merrick Garland, President Barack Obama's nominee to replace the late Antonin Scalia on the Supreme Court.

According to a pair of polls taken last month - one by Public Policy Polling and the other by the Merrill Poll - a majority of Democrats, independents and moderate Republicans oppose the Senate's contention that the process should be delayed until the next president is elected.

"The polls didn't surprise me," said Kirkpatrick. "We've been working hard and getting out our message."

Polls show Senate race could be a difficult one for McCain
Poll: Shots at McCain not helping Ward
Kirkpatrick to challenge McCain for Senate seat
McCain, Kirkpatrick debate tonight
Redistricting push may be behind Kirkpatrick's Senate bid
Event Calendar