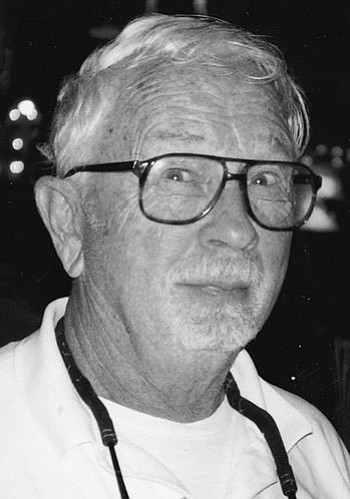 Dr. Daniel W. Wynkoop III passed away peacefully at his home with his family by his side, joining his eternal sweetheart on Feb. 24, 2016.

Dad was born Oct. 30, 1927, to Daniel W. Wynkoop Jr. and Marie Therese Lawrence in West Islip, N.Y., the first of three children. He had an adventurous childhood, living in both New York and, after his mother's passing, living in Italy.

In 1944, Dad joined the Navy/Army-Air Force, leaving in 1946 to continue his education. In 1950, Dad joined the Air Force and served with honor until his retirement in 1970. His love for his country was a wonderful example to his children and all he met.

In 1951, while stationed in New Mexico, he met the love of his life, Edna Brammer, and on May 5, 1952, they were married. They were blessed with four children, Daniel W. Wynkoop IV (Cheryl), Debra Renee Wynkoop- Balough (Patrick), David Bruce Wynkoop, and Dianne Wynkoop. There were duty stations from California to Puerto Rico to New York and lots of places in between.

Edna and Dan were married over 50 years, with nine grandchildren and 14 great grandchildren who brought them much joy. Their marriage was solemnized in the Salt Lake Temple of the Church of Jesus Christ of Latter Day Saints on May 8, 1968.

1974 brought Dad and Mom to Kingman where they found a place to put down deep roots. From 1974-1993, he was the CEO/executive director and psychologist for the Mohave Mental Health Clinics. He continued with his private practice as a psychologist from 1993-2005. His love for the community and the people of Mohave County continued by serving on the Hospital Board as a board member and as chairman for 30 years, finally retiring from the board in September of 2015. He served on many committees dealing with children's services at local, regional and state levels. He served as co-chair for the Mohave County Child Fatality Review team and the Citizens Advisory Board of Mohave County Superior Court.

Dad never missed a chance to be at swim meets, baseball games, and school activities for his children. In his later years, he could be found at the soccer field and softball diamond cheering on his great grandchildren. Dad always showed his family how much he loved them by being their best friend and inspiration. We always felt we could accomplish anything with his unwavering support and encouragement. He loved the ocean, he was an accomplished sailor and scuba diver and loved walking hand in hand with the love of his life.

We are grateful to all of those who have made such a difference in Dad's life, especially in the last months. Dr. Bokhari, the staff of KRMC, the hospice services from KRMC and all of those friends who have meant so much to him over the years.

In lieu of flowers, please make donations to KRMC Foundation and Hospice Services where Dad spent so much of his life trying to improve the quality of life for others.