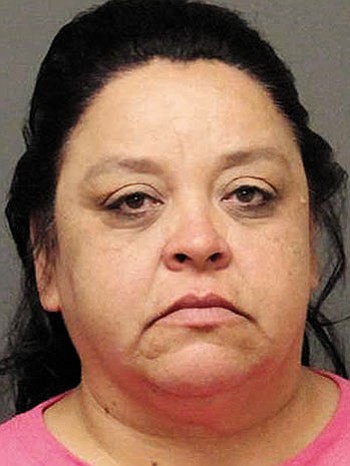 KINGMAN - A Superior woman faces a felony charge after she allegedly attempted to smuggle in drugs to her husband, an inmate at Arizona State Prison-Kingman in Golden Valley.

Valerie Priscilla Serrano, 46, was charged with promoting prison contraband during a visitation that ended when Mohave County Sheriff's deputies were called to the penitentiary at about 11:35 a.m. Sunday. A corrections officer allegedly found two balloons containing drugs during a pat-down.

"During conversations with Serrano, she said she was bringing the spice in for her husband as he recently received some bad news and he needed to relax," wrote sheriff's office spokeswoman Trish Carter. Serrano was taken into custody without incident.

Deputies received a tip regarding the whereabouts of a wanted man. After confirming Morrison had a felony warrant, deputies contacted him outside of a business in the 2900 block of Northern Avenue where he was taken into custody without incident.

Morrison reportedly told deputies he had a marijuana and meth pipe in his possession. A search revealed the pipes, along with a plastic bag containing a white crystal substance that field tested positive for methamphetamine, and three small plastic bags containing marijuana.

Deputies came into contact with Chrisco during a traffic stop at Northern Avenue and Castle Rock Road at about 11:50 p.m.

A record check revealed the warrants and Chrisco was taken into custody without incident.