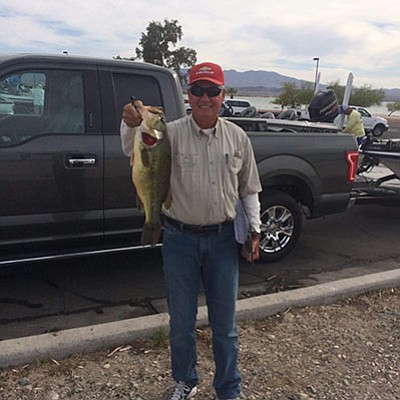 KINGMAN - Shane Moline and his son Tylor teamed up to win the Kingman Bass Club's third event of the year.

The club fished on Lake Havasu.

The Molines brought in a five-fish limit that weighed 14.99 pounds. Most of their fish were caught with either flipping jigs or finding fish on beds.

Second place was won by Greg Parker and Eric Woolsey. The team weighed in a five-fish limit that included the tournament's big fish.

The big fish weighed 5.02 pounds and was caught by Parker while flipping.

Third place was taken by the husband/wife team of David and Shannon Hilton. The Hiltons had a five-fish limit that weighed 13.20 pounds.

There were nine boats entered in the tournament.

Due to scheduling conflicts, the location of the club's April tournament has not been set.

Anglers wishing to fish with the club can contact Donnie Scroggins at 928-279-5852 or by email at scrogdog1988@hotmail.com.