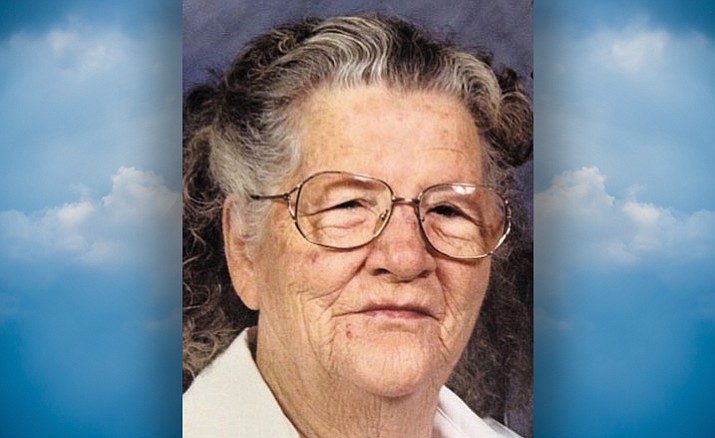 Christa Iris Clark Dunfee passed away peacefully at 90 years old at her home in Golden Valley surrounded by her family on May 5, 2016. She was the daughter of Oscar E. Clark and Maude E. Coleman Clark. She was born on Dec. 11, 1925 in Bilmont, Kan. She was the 12th of 13 children.

She was preceded in death by her parents Oscar E. Clark and Maude E. Coleman Clark, her son Francis Wayne Allen, her brother Wayne Clark and LaRita Clark.

She loved taking trips and visiting friends and family.