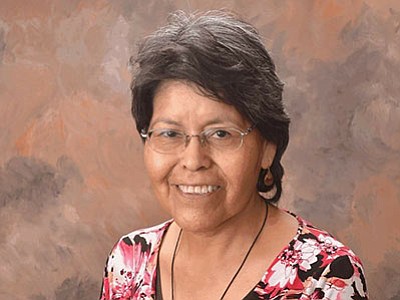 After a brief illness, Beatrice Yazzie of Kingman passed away on May 21 at the Kingman Regional Medical Center.

Bea was born in Chinle, Ariz., to Rose Winney Yazzie and Ned Chee Yazzie on Jan. 27, 1951. She attended the BIA Boarding School in Chinle, then advanced to Chinle High School, where she graduated in 1969.

She went on to college, first to NAU, then to Prescott College, where she received a BA in liberal arts in 1975. Bea was gifted in so many ways, creatively and intellectually. She could have been successful at anything, but education was her calling and over the next 38 years she taught grades K through 8 with tireless dedication. Tsaile, Ariz., Owyhee, Nev., Peach Springs, Anadarko, Okla.: everywhere Bea taught she touched the lives of students and made lasting friendships.

On Aug. 8, 1988, Bea married Robert Pipe at Our Lady of Fatima Catholic Church in Chinle. They settled in Kingman in 2004, where Bea spent the last nine years of her career teaching at Peach Springs Elementary and Hualapai Elementary. She retired in 2013.

Bea will be remembered for her wonderful sense of humor, her adventurousness, her loyalty, her steadiness, her strength and her love of family. Her life was a celebration of beauty, her generosity as boundless as the arching skies of her youth. She will be missed dearly.

Bea is survived by her sisters Agatha Yazzie-Spencer and Lucy Zohaunnie, and preceded by her mother and father, Rose and Ned, and her brothers, Phillip, Richard, Gilbert and Eugene.

A memorial service will be held at 1 p.m. Tuesday, May 31 at Desert View Funeral Chapel, 2215 Northern Ave. in Kingman.

A funeral service will be held at 10 a.m. Thursday, June 2, at Our Lady of Fatima Catholic Church in Chinle.