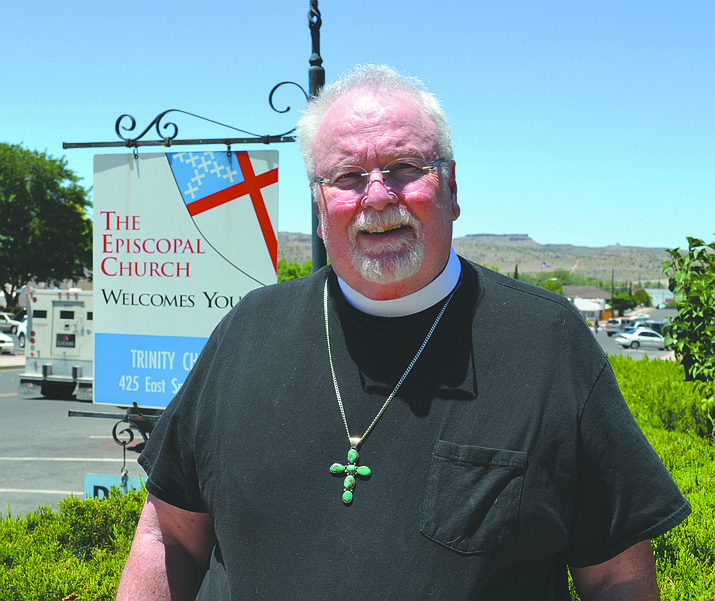 KINGMAN – Anyone seeking spiritual relief on election night can head downtown to pray away the pain.

Father Phil Shaw of Trinity Episcopal Church is hosting an Ecumenical Eucharist Service at 6 p.m. Tuesday – one hour before the polls close – to soothe the souls of those concerned about “this dreadful election.”

“I’ve been voting for a long time,” Shaw said. “This is the worst I’ve seen.”

He welcomes those of all faiths, party affiliations and political outlooks to join him and other religious leaders for a night of “prayers for unity, healing and moving forward together.” He feels that whoever wins the election, we all have to get ourselves together.

“Win, lose or draw, we still have to live here and be part of this community,” he said. “We’re all Americans and do this every four years. We need to behave like adults and move forward.”

Shaw said the “unprecedented level of nastiness” is what spurred the idea for the service. The echoes of vicious name-calling and lack of peaceful discourse (by both parties) this election season boiled over during his morning prayer and meditation session. As priest, he’s used to dealing with civil, gentle people, but the potential for violent reactions are definitely on his mind.

“I’m afraid people are going to be hurting other people,” he said.

Shaw has invited members of the Kingman Unified Pastoral Association. So far he has Father Leonard Walker on board and Imam Umar Farooq Mahmood, from Masjid-E-Ibrahim Mosque, has reached out to the Muslim community.

Although the service is at a Christian church, Holy Communion will be offered. The church seats 108, but Shaw will extend the service outside if necessary.

“By 7 p.m., we will have done our civic duty,” he said. “The next step will to be to cooperate and make our community work.”