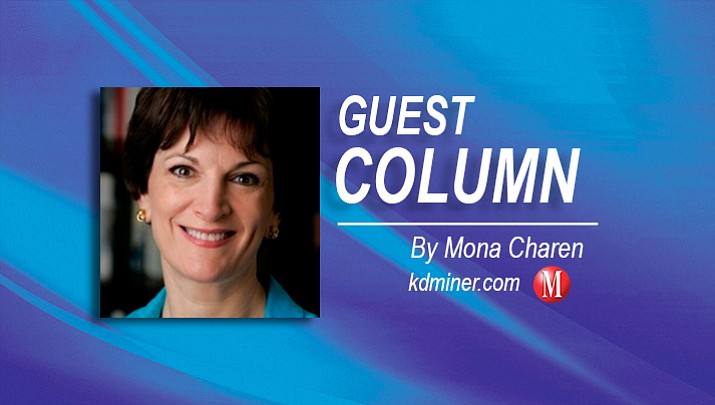 So I guess the election is not “rigged” after all, eh, Donald Trump? Every possible damaging headline is falling on Hillary Clinton’s head as the country staggers toward Nov. 8. So many nets that Clinton appeared to wriggle out of – the alleged influence-peddling while secretary of state, the negligence about classified emails, the dishonesty (including possibly under oath), the kid glove treatment by the FBI – it’s all roaring back at the worst possible moment for her.

If she wins (a bigger “if” today than a week ago), it will be due only to the Republican Party’s suicidal decision to nominate and support a pathological narcissist/con man – a figure utterly outside the parameters of acceptability for public office. Any public office. So as culpable as Democrats are for nominating a person who ought to have been disqualified, Republicans are even more irresponsible for risking the terrible powers of commander in chief to someone most elementary school kids would regard as emotionally unstable.

Winston Churchill described World War II as the most avoidable war in history. He meant that Hitler’s intentions were clear, and that if the allies had summoned the courage to stop him while he was weak, they would have made short work of it. Instead, they dithered and deluded themselves until he was strong, costing the world 50 million lives.

No, I’m not comparing Trump to Hitler, but the parallel is just this: The 2016 election was the most winnable for Republicans since, oh, 1984. The party had gained nearly a thousand federal, state, and local legislative seats since 2008, including control of the House and Senate. Barack Obama’s presidency had disappointed even many of his most blinkered admirers. Until 2016 started to make him look good by comparison, Obama’s approval rating had been stuck in the 40s (a bad omen for the candidate of his party). Approval of Obamacare, the Democrats’ signature initiative, was under water (39.2 percent approve, versus 48.8 percent disapprove), and premium hikes were kicking in. The economy has been sluggish, and seems to be in permanent second gear.

But, some protest, if it’s close and there’s a chance to get a (nominal) Republican elected, why not jump on the Trump train? Because there’s a second lesson in that Churchill story – namely, that when someone has revealed his character to you, don’t delude yourself that he will change.

Trump is the most shameless liar ever to advance this far in American politics. He doesn’t lie just about trivial matters like his poll numbers, the size of his crowds or his wealth; he engages in the kind of dishonesty that undermines civic trust. He retweets false statistics about black-on-white crime and about Muslim Americans celebrating on 9/11. He legitimizes crazed conspiracy theories, like that vaccines cause autism; Rafael Cruz was implicated in JFK’s assassination; and George W. Bush lied us into war.

Beyond his titanic dishonesty, Trump is appallingly uninformed about foreign and defense policy – the most important (and unconstrained) realm of presidential action. He confused the Kurds with Al-Quds. He thinks NATO is a protection racket and that Japan, South Korea and Saudi Arabia should go ahead and develop nuclear weapons. He plans trade wars. In addition to ignorance, he regularly displays comprehensive antipathy for American values that one would have thought were nearly universal. He threatens war crimes. He applauds the war crimes of others, including those of Saddam Hussein (“He throws a little gas; everyone goes crazy”), and the butchers of Tiananmen Square. He praises Vladimir Putin like a toady.

Trump openly encouraged violence at his rallies and threatened it at the Cleveland convention when he feared that he would fall short of the required delegates for nomination. That, alone, should have been enough for the party to drop him like radioactive waste. It violated a sacred civic norm that we abide by the democratic process and do not threaten or bully our way to power. His refusal to say that he’ll respect the result of the election was part of a well-established pattern.

His defense against the charge of sexual boorishness is... confirmed boorishness, explaining that the women in question are too unattractive to merit pawing.

Should we elect him and then impeach if necessary? Who, exactly, would we trust to do that – this crowd of Republicans who (with a few laudable exceptions) has fallen into line for him? What would he have to do to merit impeachment if his thousands of offenses did not merit censure, a much lower bar? No, once elected, there will be very few checks on Trump. It’s Clinton who should fear impeachment – which might be the best we can hope for at this dismal, dispiriting moment.

After loss, Ward sets sights on Flake
Bloomberg warns of 'epidemic of dishonesty'
Column | The delusional optimism of both sides
Not just Ukraine, Trump now calls for China to probe Bidens
Trump impeached on charges of abuse, power and obstruction