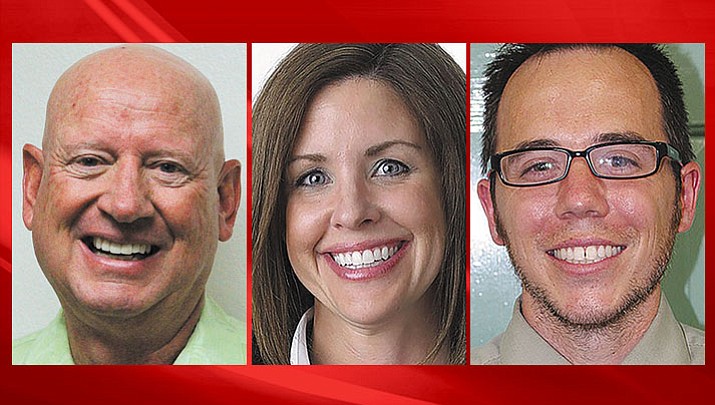 KINGMAN – Gary Rucker knew he would be bucking conflict-of-interest issues if he stayed in the running for Kingman City Council, so he dropped out in October and still finished with the second-highest vote tally in Tuesday’s general election.

In the runoff for two seats on the council, Jamie Scott Stehly garnered 5,048 votes, Rucker 4,510 and David Wayt 4,243, according to results posted by Mohave County Elections Department.

“I had no idea I was going to do that well because my withdrawal was three weeks before the election,” Rucker said Wednesday. “Hopefully, that will be something I can consider in the future.”

With Rucker out, Stehly and Wayt were automatically going to fill the remaining vacancies on the council. Travis Lingenfelter was elected in the primary.

Rucker entered the city council race to effect changes at Kingman Airport Authority, which he sees as a valuable, but underperforming asset of the city.

“The only way we can change things at the airport is go straight to the city,” said Rucker, who leases a hangar at the airport and is a member of the Airport Users Association. “Our strategy was to get a supportive majority on the City Council and we succeeded at that. Every council member that won was supported by us.”

As an FAA employee and airport user, Rucker knew he would be facing criticism over conflicts of interest.

Rucker said City Attorney Carl Cooper approached him about running for Council and told him that because his FAA employment included responsibilities at Kingman Airport, it was going to be a problem.

So Rucker, who works for the FAA in Las Vegas, was reassigned to remove any connection to Kingman.

“The fact that I’m still an airport stakeholder is another big issue. I would have to recuse myself on any vote,” he said. “Why would I want to be hamstrung at vote time?”

Kingman Airport Authority was a major issue in this year’s election, and the city’s contract with the authority is complex, Rucker said.

“But we’ve made progress. We’re as close as we’ve been in 20 years to dismantling that empire,” he said. “Dave French (executive director) is a power monger who has created a sanctuary for himself.”

Stehly and Wayt are energetic, informed and dedicated to bringing necessary changes at the airport, Rucker said.

“David Wayt is an attorney and a sharp young mind and we’re going to need that. I felt it was the best strategy to get out of the way and let those two on the seats,” he said.

Lingenfelter also campaigned with the Kingman Airport Authority on his front burner. He wants to see more transparency and performance measures for the airport.

And with two years remaining on Councilman Stuart Yokum’s term, the council will have a majority four out of six members fighting for change at the airport, Rucker added.

Stehly said she’s frustrated with the way things have been going in Kingman, particularly with so much potential at Kingman Airport and Industrial Park.

Rucker put the city of Kingman first when he decided to drop out of the race, she said.

“It was a noble and selfless act,” Stehly said in an email. “He ran for council because he was very passionate about making improvements to the airport and industrial park. The race for City Council was a very amicable one. We are all bonding over wanting to take on the big issues to improve our town.”