Elections department continues to work long after the vote 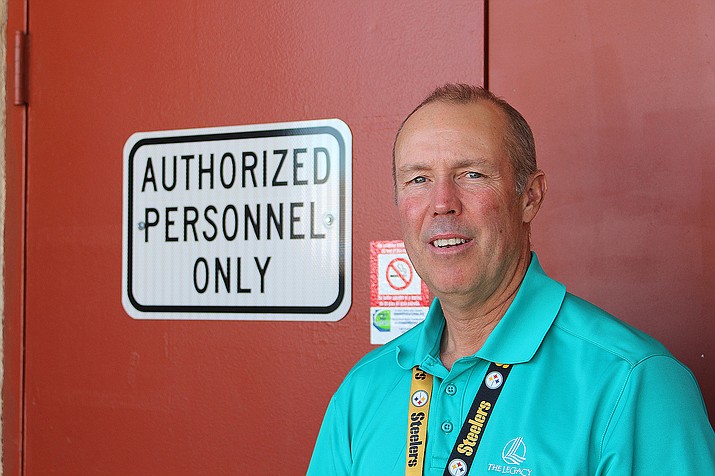 Allen Tempert, Mohave County Elections Department director, has been very busy since the Nov. 8 election. He and his staff are busy verifying and auditing ballots.

KINGMAN – While voters cast their ballots Nov. 8 and ended the process, Mohave County Elections Department Director Allen Tempert and his staff are busier than bird dogs.

“We’re doing a hand count of select voting precincts. It’s a law that came in about 10 years ago that the legislature put in called the Political Party Hand Count, where the political parties do the count.

The scrutiny is to see if the hand count is relative to the machine count, said Tempert, while working at the Mohave County Warehouse off Beale Street.

“We have five races that were chosen according to guidelines,” said Tempert, and two precincts were selected at random.

“We got two pretty darn big precincts so there’s a lot of pieces of paper (to count),” said Tempert. The precincts were Grace Lutheran and St. John’s United Methodist. Staff had to check 1,315 ballots.

A check Tuesday found the audit complete and within margin ranges. But the job is far from over.

“We also do an audit on early ballots,” said Tempert. “Eight-hundred early ballots will be audited for the particular races.”

Now staff is also busy verifying provisional ballots. Around 4,100 of them.

Traditionally around 50 percent are discarded because of problems, said Tempert.

Once that feat is done, and the verifying must be done by Friday, Tempert will prepare for the canvass, which is a report that will be given to the Mohave County Board of Supervisors on Monday at its regular meeting at 9:30 a.m.

“I’d like to thank (the voters) for having patience with my poll workers. My poll workers are volunteers, and some people don’t come in with a very good attitude and very good mood.

“They seem to think it’s my poll workers’ fault that they hadn’t registered,” said Tempert.

When asked to sum up the voting process, Tempert called it “phenomenal.”

The turnout for the election was above 70 percent, up slightly over the average of 68 percent for a presidential election, said Tempert.