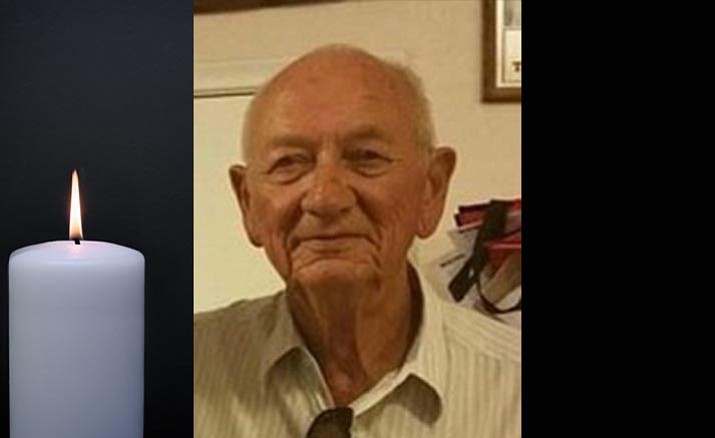 Eddie Roggenstein Sr., of Wickenburg, died Aug. 21, 2016, following a brief battle with liver and lung cancer. He passed away peacefully at his home surrounded by his sons.

Eddie was born August 29, 1938, in Blythe, Calif., the youngest son of Lester “Dutch” and Dolly Roggenstein. He attended Palo Verde High School prior to joining the Army in 1955, where he served in South Korea from 1955-1958.

He had multiple jobs throughout his life, which included being a butcher for Claypool’s Market, driving for Carnation Milk, Bridgford Foods, and managing Buddy’s Market and being a franchise owner for Circle K. He eventually retired as a short haul driver from ABF in 2003.

Since then he has traveled and was a volunteer camp host for Maricopa Parks and Recreation at Lake Pleasant.

His favorite pastime was playing guitar and singing in both English and Spanish, as well as long walks with his faithful sidekick, Benji.

Eddie is survived by his four sons. Eddie Jr. (Hannah) of Phoenix, Michael (Erin) of Pine, Anthony David of Apache Junction and Jonathon of Porterville, Calif. as well as six granddaughters and one grandson.