Column: Will conservatives stand up to Trump if they must 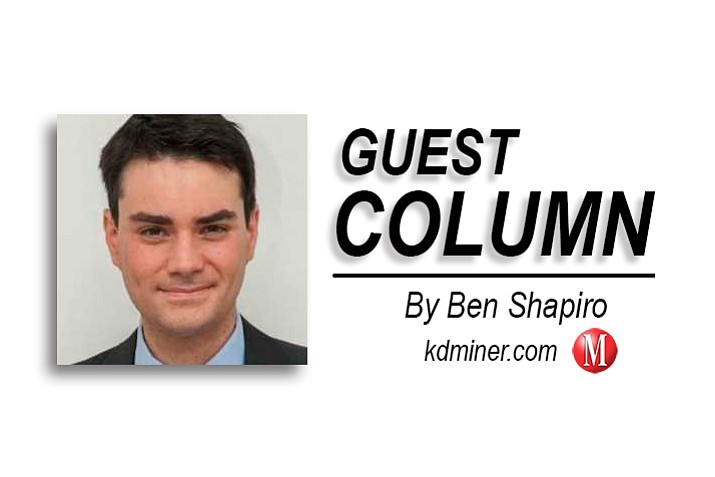 It’s 2016, and the president-elect of the United States is ready to take office. Her chief advisor pledges a trillion-dollar stimulus package directed at infrastructure. The advisor explains: “It’s everything related to jobs. The conservatives are going to go crazy. I’m the guy pushing a trillion-dollar infrastructure plan. ... It’s the greatest opportunity to rebuild everything. Shipyards, iron works, get them all jacked up. We’re just going to throw it up against the wall and see if it sticks. It will be as exciting as the 1930s. ... We’ll govern for 50 years.”

Meanwhile, President-elect Hillary Clinton allegedly meets with foreign business interests working to enrich her. She deploys her allies to inform ambassadors that if they patronize the Clinton Foundation, she’d appreciate it. She says that she’ll divest herself of all connections to the Clinton Foundation but refuses to hand it off to any third party to handle, insisting instead that Chelsea Clinton run the place. Meanwhile, she brings Clinton into top-level diplomatic meetings without informing the press.

When Vice President-elect Tim Kaine is met with protests at a public event, she takes to Twitter to castigate the attendees, demanding an apology. She goes on to criticize talk radio and Fox News for unfairness. “Equal time for us?” she asks.

This is an alternate reality. But each and every statement and event mentioned above has already happened to President-elect Donald Trump.

Trump’s top advisor, Stephen Bannon, is pushing economic statism, grinning at the destruction of conservative economists. Trump met off the record with property developers Sagar and Atul Chordia, the builders of the first Trump-brand property in India, as well as developer Kalpesh Mehta, whose firm claims to be the “exclusive India representative of the Trump Organization.” He sneaked Ivanka Trump into a meeting with Japanese Prime Minister Shinzo Abe. He tweeted his thoughts on the cast of “Hamilton” and the one-sided comedy of “Saturday Night Live,” asking, “Equal time for us?”

The point of this exercise isn’t to rip Trump. It’s to point out that conservatives who rightly tore Hillary Clinton apart for pay-for-play corruption and hardcore big government leftism shouldn’t grant Trump a free hand just because he leads the Republican Party. In fact, that’s the biggest mistake Republicans can make.

Trump has already challenged traditional conservative standards. He’s made Republicans back off their “character matters” arguments. He’s forced Republicans to swallow anti-conservative heresies on economics (free trade is a negative; entitlements should be left alone), social issues (he thinks same-sex marriage should be enshrined by the Supreme Court and praises Planned Parenthood) and foreign policy (his coziness with Russia used to be taboo). Republicans did all of this to stop Hillary Clinton.

But now, Clinton has been dispatched. That means it’s time for conservatives to hold Trump accountable. There’s no longer any “better than Hillary” excuse making.

It’s time for Trump to perform.

It’s too early to tell whether Trump will become a decent president. But conservatives ought to fight for something better than “not Hillary” – or else, they can simply acknowledge that they had no real objective standards for those who seek to govern other than political convenience.

Hillary Clinton, not on ballot, is star of GOP midterm plan
National Column: For Trump to lose, Clinton must win
Why won’t Donald Trump release his tax returns?
Republicans greet Trump’s candidacy for 2020 with excitement
Column | If President Hillary Clinton had stormed out of a meeting...