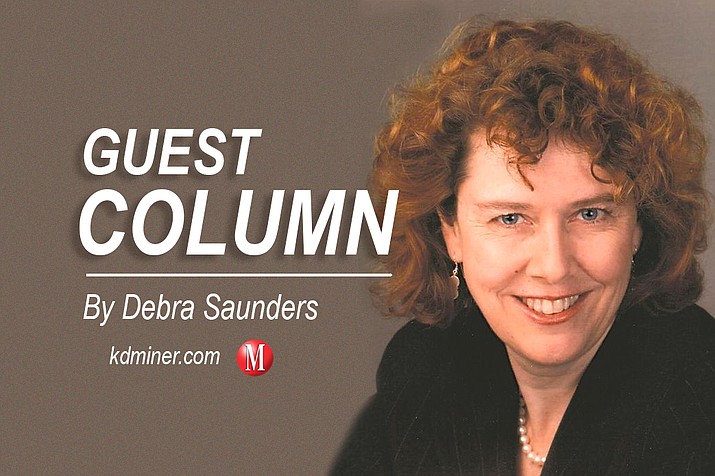 There are too many faults stacked in Donald Trump's towering inferno. Republicans have trained themselves to downplay his negatives such that he seems poised to destroy the GOP. Hillary Clinton knows them well. During the debate Sunday night she recited a handy list of his sins: Trump never apologizes. He didn't make amends to the Khans, the Muslim Gold Star parents who lost a son in Iraq. He suggests crazy, unrealistic schemes like barring Muslims from entering the United States. He made fun of a disabled reporter and stoked the absurd "birther" rumors about America's first black president.

His staunchest defenders know his demerits well, yet they are so demoralized about the direction of this country that they have chosen to see his shortcomings as strengths. At least, they tell themselves, Trump breaks the mold.

Trump certainly broke with etiquette by inviting to the debate Paula Jones, Kathleen Willey and Juanita Broaddrick – three women who had accused Bill Clinton of sexual assault. To his die-hard fans, Trump demonstrated that he is not afraid to get bloody in a partisan fistfight. To me, it seemed an act of unnecessary cruelty toward Hillary Clinton and her daughter, Chelsea. The Commission on Presidential Debates probably saved Trump from himself in refusing to allow Clinton's accusers to sit in the Trump family box.

Likewise, Trump nailed Hillary Clinton. The Donald faulted the former first lady for enabling her husband's extramarital behavior. Too bad for Trump that his reasoning ends with the realization that both Bubba and The Donald are dogs. When Trump said, "Nobody has more respect for women than I do," Fox News' Frank Luntz's real-time polling showed Trump's numbers tank.

Trump was best when he challenged Clinton's self-serving story about her homebrew email server. "I take responsibility for using a personal email account," she responded. "Obviously, if I were to do it over again, I would not. I'm not making any excuses. It was a mistake. And I am very sorry about that." If there were a debate fairy, then I'd make one wish. Can someone please ask Clinton: What does it mean when you take responsibility? How is it different from when you do not take responsibility?

Self-styled undecided voters asked questions that suggested they were not really undecided. Am I supposed to believe that the Muslim woman who asked both candidates what they'd do about Islamaphobia was thinking of voting for Donald Trump?

Moderators Martha Raddatz's and Anderson Cooper's questions followed the same trail of breadcrumbs – questions that get asked over– and over again but never really get answered. They always ask about Syria and the fate of Aleppo. Then Clinton always says she's against putting U.S. boots on the ground in Syria – when they're already there. Then Trump brags he'll destroy ISIS – after he falsely claims to have opposed the war in Iraq from the start. Is there a philosophy behind those statements? Not that you'd notice.

Trump forgot to mention Clinton's recently leaked remarks in support of "open trade and open borders" – no shock, given his limited attention span. Still, it's practically professional malpractice that neither moderator asked Clinton what she would do to support border security, given immigration's role in the GOP primary. Which undocumented immigrants would get to stay, and which, if any, would have to go? Clinton's answer to that question might inform voters. Instead the town-hall debate served as a popularity contest. More voters have an unfavorable view of Hillary Clinton than favorable, but a majority apparently believe they have nowhere else to go.

Trump, Clinton claim Arizona; Cruz says he's still in the race
Column: Excuses for losing just don’t cut it
Column: As a Journalist, Holt Stumbled Badly
The debate I heard on Monday
Column: Trump needed to be an 11, was barely a 4