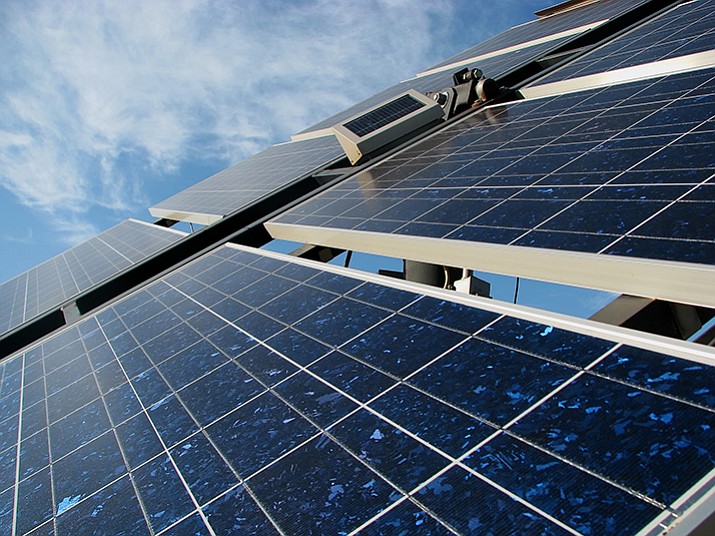 A solar company has been found to have been financially trying to influence next month’s election of Arizona Corporate Commisioners.

PHOENIX – A major manufacturer of rooftop solar units is putting $140,000 into the effort to reelect Republican Bob Burns and elect Democrat Bill Mundell to the Arizona Corporation Commission.

The disclosure Tuesday came as the five candidates for the three available seats on the panel that sets utility rates debated whether to force Arizona Public Service to disclose what it spent in 2014 to help elect two other Republicans.

Burns has issued a subpoena for the records of APS. But Attorney General Mark Brnovich has said his ability to get at the books of Pinnacle West Capital Corp. is dependent on getting votes of three of the five commissioners. And to date the other four Republicans have balked.

Mundell and fellow Democrat Tom Chabin have promised if they are elected they will provide Burns with the necessary votes.

Save Our State Now and the Arizona Free Enterprise Club funneled $3.2 million into that 2014 campaign to secure the election of Tom Forese and Doug Little.

Both are classified under federal tax law as “social welfare’’ organizations. They contend that exempts them from having to divulge their donors.

Their positions have been buttressed by a measure approved just this past year by the Republican-controlled legislature declaring that IRS classification makes any group’s donor lists off limits.

Mundell said, the commission, just like the legislature, was created in the Arizona Constitution.

“The Constitution takes precedence,’’ he said.

While that question of APS influence in electing commissioners is dominating much of this year’s race, it was disclosed Tuesday that a group funded by SolarCity is doing to a certain extent this year what APS is accused of doing two years ago.

It has put $140,000 into an independent campaign to help elect Mundell and secure another four-year term on the commission for Burns.

SolarCity, like APS, has an interest in the makeup of the commission. The panel will decide as early as next year how to structure rates for utility customers who generate some of their own power. And any decision on those charges, as well as how much utilities have to pay customers for the power they’re now forced to buy from homeowners, could determine whether rooftop solar remains affordable.

But SolarCity lobbyist Kris Mayes said there’s a significant difference. She said SolarCity, which manufactures and installs rooftop solar units, is disclosing its spending; the refusal of APS to say what it did or did not spend in the past or might spend in the future leaves voters in the dark.

Burns said he personally wishes SolarCity were not spending money to help his reelection. But he pointed out that Arizona law precludes him from having any say in what is spent independent of