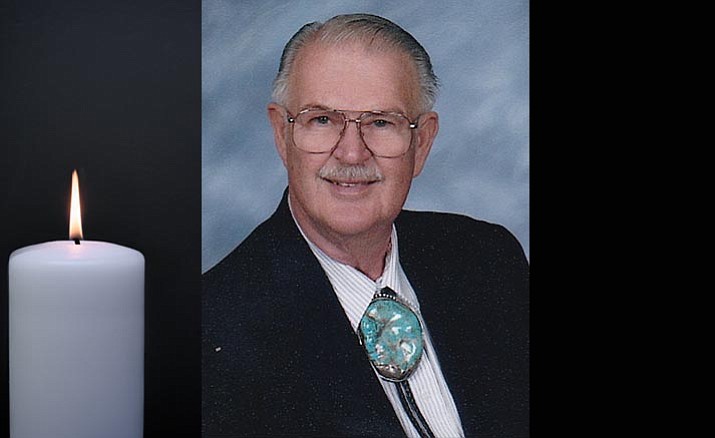 He graduated from Downey High School in 1953, earned his Bachelor of Science and Masters of Science degrees in Geological Engineering from Montana Technical University and earned his PhD. in the same discipline from the University of Michigan.

His esteemed career included teaching at his alma mater as a professor of geology, working with the U.S. Geological Survey in Grand Junction, Colo., and again in Richland, Wash.

He spent time in the Czech Republic while working with Waste Management, Corp. and became self-employed in Kingman, Ariz., as the owner/operator of Terminix Pest Control. He was most excited and proud of his accomplishments while working for NASA on the Apollo 11 space mission and the study of the lunar rock samples brought back to earth. He married Joan Lea Helstrom in 1956 in Butte, Mont., and divorced in 1985. They had three children.

He later married DeLoris Katherine Belcher in Las Vegas, Nevada. Over the last 30 years, they lived in Richland, Wash., the Czech Republic and finally settled in Kingman. Dave loved the mountains and outdoors and, in fact, he and DeLoris had planned to retire to Helena, Mont.

He was preceded in death by his parents and daughter Lynette Marie Daniel. Services will be held on Oct. 22, 2016, at 1 p.m. at the Kingman Presbyterian Church. A reception will follow the services.

Memorial contributions in lieu of flowers can be made to the American Cancer Society, Kingman Humane Society or Kingman Regional Medical Center Hospice. The family would like to thank Dr. Paul Kalanithi, M.D. and Dr E. Rivera, M.D. KRMC Hospice and ABRIO family services for all your care.