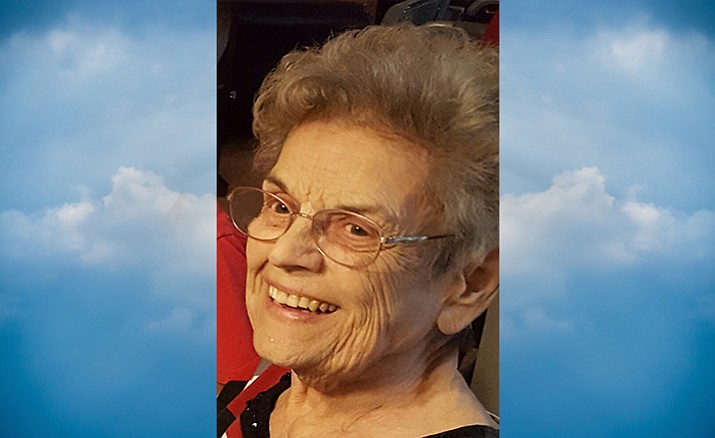 Betty Joan Hafley Hacker, 88, went home to be with her Lord and Savior, Thursday, Oct. 20, 2016, with her three daughters by her side. She was preceded in death by her husband, Don Hacker; her parents, Shorty and Liz Hafley; son-in-law Mike Rincon, and nephew Casey Hafley.

Betty Joan Hacker was born July 12, 1928, in Ft. Worth, Texas, to Shorty and Liz Hafley. She was the older of two children. She graduated in 1947 from Mohave County High School. She met and married the love of her life, Don Hacker on Sept. 27, 1947. They soon moved to Los Angeles, Calif., where she did some modeling. They moved back to Kingman in 1949, where they managed several businesses.

She was a member of St. Johns Methodist Church for 76 years. She is also a member of the Daughters of Mohave County Pioneers.

The funeral will be held Friday, Oct. 28, 2016, at St. John’s United Methodist Church at 10 a.m., followed with burial at Mountain View Cemetery.

In lieu of flowers, donations can be made to KRMC Hospice.