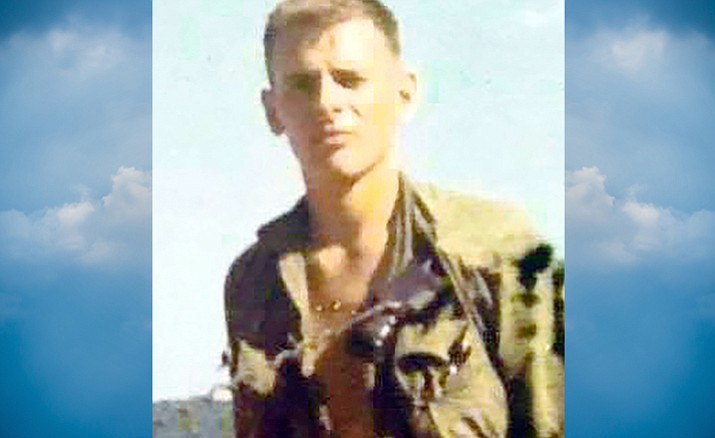 Ron most recently resided at the Iowa Veteran’s Home in Marshalltown, Iowa.

Ron was born in Maricopa County on Jan. 19, 1947. He was the son of Alice (Torrance) Paulsgrove and Duane Paulsgrove.

Ron lived in Arizona until he was 5 and then he and the family moved to Illinois, where they lived in the Galesburg and Raritan areas. Ron graduated from the Galesburg High School, class of 1965.

After high school Ron resided in Raritan before enlisting in the United States Army in 1966. Ron served in the 101st Airborne. He was wounded by a grenade in June of 1967. Ronald was awarded the Purple Heart, the Bronze Star with one Oak Leaf cluster, as well as the Army Commendation Medal with a V.

After his service, Ron was self-employed and owned several businesses. He moved to Lovilia, Iowa, in the late ’70s, where for seven years he owned and operated Lovilia Tire.

For over the past 20 years, Ron was a real-estate broker in Kingman until his health failed and he moved to Iowa to be closer to his girls and grandchildren.

For many years Ron was an active member of the Kingman VFW and the Elks Lodge. He enjoyed working on his cars and he had a wonderful talent of restoring them. His favorite was old Chevys.

He was preceded in death by his father, Duane Paulsgrove; and his grandparents, Herbert and Gladys Paulsgrove and Ervin and Josie Torrance.

At a later date a private family burial, with military rites, will be held at the Iowa Veteran’s Cemetery of Adel.

Condolences may be sent to www.winfieldfh.com.

The Winfield Funeral Home of Knoxville, Iowa, is assisting the family with arrangements.