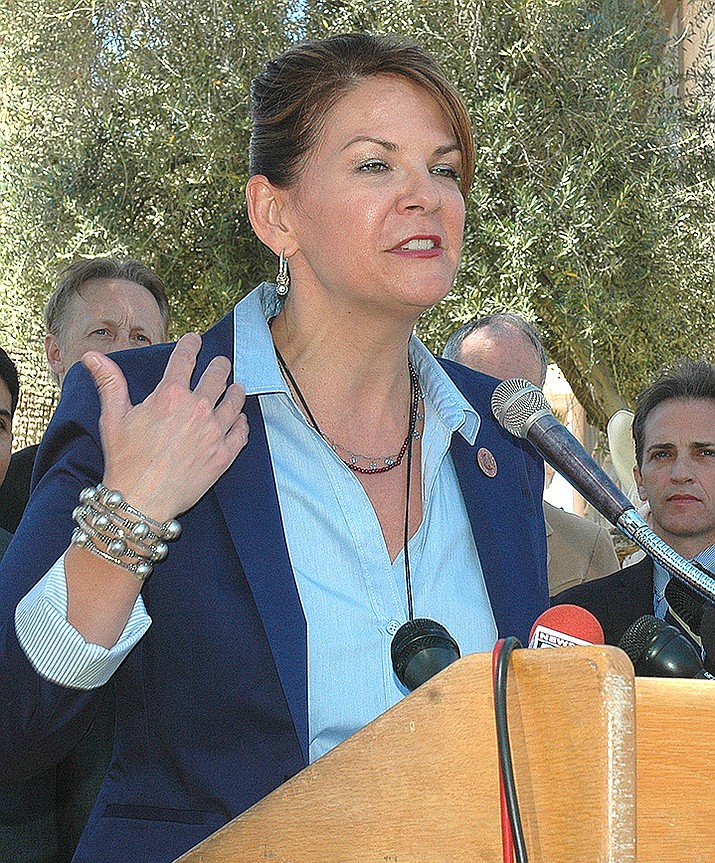 “I filed my paperwork,’’ Ward said Wednesday on her weekly radio talk show on KFNN. “I’m taking on Flake for the sake of our nation.”

The 2018 campaign is shaping up in some ways to be similar to this year’s Republican primary where Ward argued that McCain, elected to the U.S. House in 1982 and the Senate four years later, is not representing the interests of GOP voters. She said the same is true of Flake even though he has not been in Washington nearly as long as the state’s senior senator.

“We deserve to have at least one Republican senator,’’ she said. “I’m looking forward to being that true Republican, not a Republican in name only.’’

And Ward insisted that it might be easier to defeat Flake in a GOP primary than her ill-fated effort against McCain.

“Sen. Flake might be semi well liked,’’ she said.

Flake appeared to be taking the challenge in stride, suggesting he never thought he was going to get a free ride for his bid for a second term, even from his own party.

“Shots at a seat in the Senate don’t come along very often,’’ he said in a statement Thursday to Capitol Media Services.

“We fully expect to have capable challengers next cycle, both in the primary and the general (election),’’ Flake said. “We’ll be prepared.’’

He already is part-way there. The most recent reports filed with the Federal Election commission show that with the election two years away Flake already has close to $600,000 in the bank. Ward, by contrast, ended up in debt after her primary loss to McCain, spending more than $1.5 million, including $115,000 of her own cash on the political outing.

But her taste for the fight apparently has not been dulled.

“I’m going to take on the establishment once again,’’ she said.

“We’re starting early, even before the (November) presidential,’’ Ward said Wednesday. And Ward, an unabashed Trump supporter, said her campaign is not dependent on who is in the White House.

While Flake went to the U.S. House in 2001 as a conservative, his public positions since then have become decidedly more mixed. 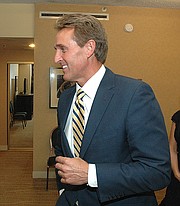 Of particular note is his vociferous support of free trade as well as his vocal backing of the push by the Obama administration to normalize relations with Cuba. Then there’s Trump himself.

Flake distanced himself from the billionaire former reality show host months ago after Trump said he did not consider McCain a war hero because he was captured during the Vietnam War.

“I like people who weren’t captured,’’ Trump said, leading Flake to levy his first blast at his party’s nominee at a time when McCain himself was still on the Trump train.

Then, during a July closed-door meeting between Trump and U.S. senators, Flake told Trump personally he was not sure he could support his campaign. That led to Trump responding that Flake would lose his re-election bid, apparently unaware that Flake was not on the ballot this year.

It only got worse.

Flake snubbed Trump by refusing to attend the party’s national convention, saying, “I’ve got to mow my lawn.’’

On a national talk show in September, Flake took a specific swat at Trump’s speech the prior week in Phoenix where the candidate said if he is elected there would be no path to legal status for any of the 11 million people in this country illegally. And he described Trump’s plan to build a border all and have Mexico pay for it as unrealistic.

More recently, Flake angered some fellow Republicans by saying that if Hillary Clinton wins the election he would push to have the lame-duck Senate act on Obama’s nomination of Merrick Garland to the U.S. Supreme Court, a move that Republicans have so far blocked.

That put him at odds with even McCain, who said if Clinton wins he would work with other Republicans to block any of her nominations.

An aide later walked back those comments, saying while Clinton “has a clear record of supporting liberal judicial nominee’’ that McCain would consider any nomination she sent to the Senate for confirmation.

Ward, in campaigning to oust McCain, argued that his 34 years in Congress was too long for anyone to serve.

Ward will have a harder time using that longevity argument against Flake, who went to Washington in 2001 as a representative before moving to the Senate in the 2012 race.