Ask Dr. Politics: Which potato head do you want for president? 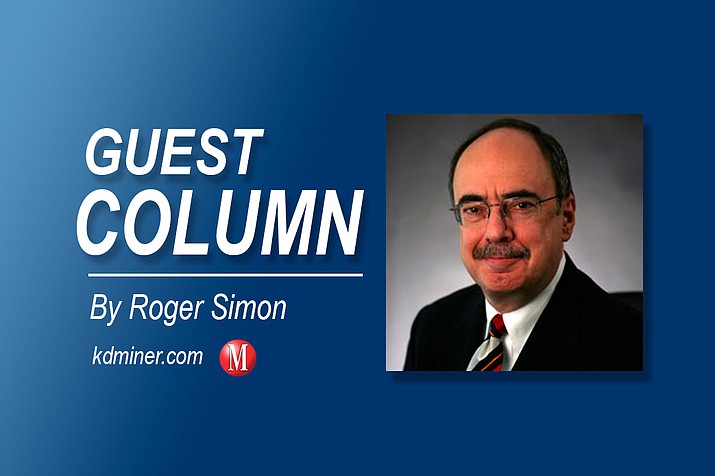 Ask Dr. Politics! You are fair, and I am unbalanced!

Q: I’ve been feeling very depressed lately, and I am wondering whether you can help.

A: Take this simple test.

1) I live in the United States of America.

2) I cannot afford to move to Vancouver on Nov. 9.

If you answered “yes” to either of those questions, you have every right to feel depressed because it is overwhelmingly likely that our next president will have an approval rating lower than dirt.

Q: Yeah, but I read that approval ratings are just a bunch of baloney dreamed up by the media over the years to increase their circulation, viewership and/or clicks. In other words, we shouldn’t take them too seriously.

A: Wow, who wrote something as idiotic as that?

A: Oh. In that case, it may be true. But keep in mind that one of these two potato heads is going to win the presidency. So we should vote for the potato head who would cause the least damage to our democracy.

Q: What do the candidates say?

A: Last week, Hillary Clinton said: “From the start, Donald Trump has built his campaign on prejudice and paranoia. He is taking hate groups mainstream and helping a radical fringe take over the Republican Party. His disregard for the values that make our country great is profoundly dangerous.”

And Trump said: “Clinton is going to try and accuse ... decent Americans who support this campaign, your campaign, of being racists, which we’re not. It’s the oldest play in the Democratic playbook. ... The people of this country who want their laws enforced and respected, respected by all, and who want their borders secured are not racists.”

Q: Can we believe either of them?

A: An excellent question. Trump campaign manager Kellyanne Conway said in a statement that Clinton’s speech “proved to the American public what we have known all along – Hillary Clinton has no hope, no vision and no ideas for the future of our country. ... We’re living in her head rent-free, and that must terrify the political insiders who want to keep things exactly the way they are.”

Q: What does it mean that we’re “living in her head rent-free”?

A: No idea, but if Clinton is really our new landlord, I’d like lower rent, more hot water in the morning and those darn millennials below me to stop playing Skrillex and Diplo’s “Where Are Ü Now” all day and all night long.

Q: You should run for president.

A: I have seriously considered it. With the Gallup Poll from last month showing Trump with a 63 percent unfavorable rating and Clinton with a 54 percent unfavorable rating, you gotta figure anybody should give it a try. As Trump said at a rally in January in Sioux Center, Iowa: “I could stand in the middle of Fifth Avenue and shoot somebody and I wouldn’t lose any voters.”

Q: But if the guy Trump shot died, wouldn’t Trump lose that vote?

A: Not if the guy were registered in Chicago.

Q: Huma Abedin is a close adviser to Hillary Clinton. Abedin recently separated from her husband, Anthony Weiner, after Weiner sent “suggestive images” and messages to a woman with his young son beside him. Trump now says Clinton may have given classified information to Abedin, who then may have passed it on to Weiner. There is no proof, but should we be worried?

A: Abedin is supposed to be very bright, so it is hard to believe she would give Weiner access to any sensitive material, including her Netflix password.

Q: But Trump said in a statement: “I only worry for the country in that Hillary Clinton was careless and negligent in allowing Weiner to have such close proximity to highly classified information. Who knows what he learned and who he told? It’s just another example of Hillary Clinton’s bad judgment.”

A: And Trump, who has all the good judgment of a box of rocks, might pass on classified material to just about anybody through carelessness and negligence. Trump received his first classified national security briefing Aug. 17 against the vociferous opposition of Senate Minority Leader Harry Reid, who argued that Trump was too irresponsible to get such material.

Q: Is that good advice?

A: I’m not sure. After all, Trump has demonstrated he can keep a secret.

A: Sure. He is keeping his tax returns a huge secret.

Which potato head do you want for president?
Hillary’s final days: End of an error
Opinion: Just the email facts, Ma'am
Column: Hillary’s corruption is overwhelming
Column | ‘But her emails!’ A final farewell to a fake scandal