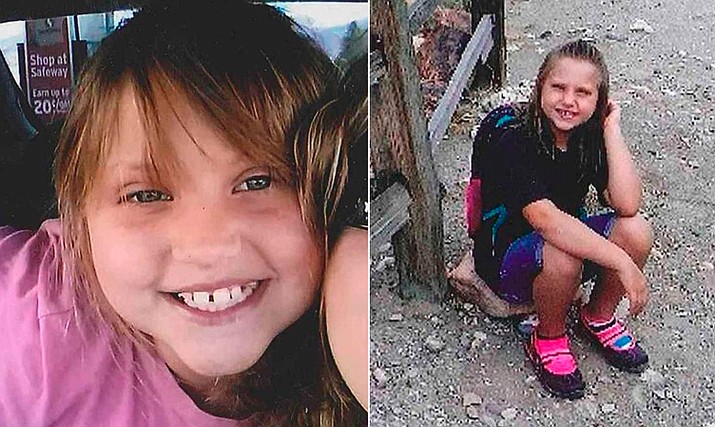 KINGMAN – A Bullhead City Police detective in a hearing Friday contradicted a long held – and repeatedly reported – aspect of the now-two-year-old murder of 8-year-old Bella Grogan-Cannella, whose partially clad body was discovered in a shallow grave Sept. 2, 2014.

The initial report from the Mohave County Medical Examiner indicated there was no physical evidence that Grogan-Cannella had been sexually assaulted when her autopsy was conducted, but Detective Brandon Grasse said her hymen was missing and there were hemorrhages in her vaginal wall.

Mohave County Attorney Matt Smith determined the state would seek the death penalty against Justin James Rector, the man accused of killing her, and on Friday Judge Lee Jantzen decided there were aggravating circumstances that support Smith’s position.

Jantzen reset the jury trial for May 1, 2017. It was originally scheduled for October of this year. Both the defense attorney and prosecutor were instructed by Jantzen to provide written updates to him Nov. 4.

The aggravating factors included the girl’s age and the cruelty involved in the way Rector allegedly killed Bella were enough for Jantzen to rule it a death penalty case.

Grasse testified that Rector was a friend of Bella’s mother, who is currently incarcerated on drug charges. Grasse said that near the end of the evening Rector, Bella’s grandmother, Bella’s sister, who was “several” years older than she, and Bella were downstairs.

The grandmother went upstairs to go to sleep, Grasse testified. Then Bella’s sister went to the bathroom, leaving Rector alone with Bella. When the sister returned, Bella and Rector were gone, said Grasse.

The grandmother, the mother and Rector were using drugs before Bella’s disappearance, Grasse said.

Prosecutor Greg McPhillips asked Grasse to comment on the autopsy and how Bella died.

“Asphyxia due to strangulation,” Grasse said. He also said her hymen was absent and there was a hemorrhage within the vaginal wall.

“It was cruel and it was horrible,” said McPhillips.

Defense attorney Gerald Gavin of Mesa told Jantzen he didn’t know Grasse was going to testify and that he wanted a two-week delay so he could have time to question Grasse’s testimony. He was denied.

“It’s time to move forward on this case,” said Jantzen.