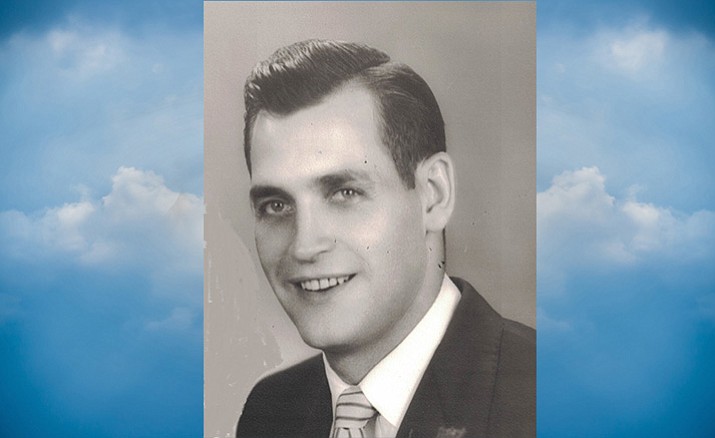 Edward Ray Holman, 86, of Kingman, passed away peacefully at home on Aug. 19, 2016 after a courageous yearlong battle with lung cancer.

He was born to James and Daisy Holman on Jan. 28, 1930, in Herrick, Ill. and was raised by his loving grandparents Cassandra and William in Beecher City, Ill.

Edward served in the U.S. Navy on U.S.S. Roanoke from 1948 to 1952. He was awarded the Good Conduct Metal and Occupation Service Metal.

During his lifetime career as a renowned auto racing industry expert, he specialized in race promotion and was known nationwide for his exceptional customer service.

Edward was a loving, devoted husband and father enjoying weekends and vacations camping and RVing with his family.

In retirement, he and his wife Sharon traveled across the United States seeing sights including Alaska, Florida (Kennedy Space Center), Nova Scotia, and Washington, D.C.

Memorial service with military honors will be held at 11 a.m. Saturday, Sept. 10 at the Mohave Memorial Chapel located at 4764 N. Stockton Hill Road in Kingman.

Arrangements were placed under care of Mohave Memorial Funeral and Cremation Services.