You can buy this mine for $28 million
Have You Lost Your Mine? 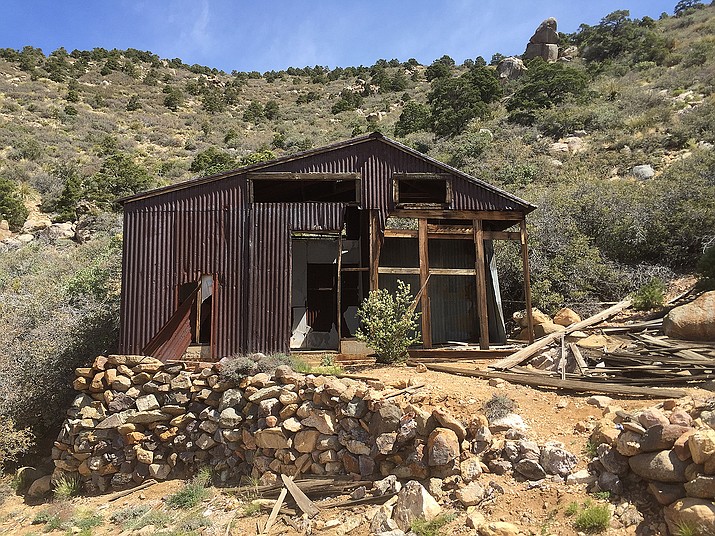 This shack at the Rainbow Mine site in Chloride is close to worthless, but a Realtor believes the right buyer could make his or her fortune by mining the ground it stands on.

CHLORIDE – A Mohave County gold mine that hasn’t been in operation since before World War II is on the market for a cool $28 million.

He expects them to resume mining operations at 9880 Windy Point Road in Chloride. Water and mineral rights go with the sale, said Parrott.

“This property represents a unique opportunity for a buyer willing to invest in startup costs to make the mines operational again,” said Parrott in a statement.

According to a 2013 survey a Nevada geologist did of the property, the “Rainbow Mine plus several other patented mines on the property show substantial promise for multiple mineral ores,”

In addition to gold and silver deposits, the geologist noted there appears to be good quantities of iridium, which is used in the manufacturing of heavy-duty electronic contacts, said Parrott of the mine, which began operations before the 1900s and remained open for business until 1940.

History shows Parrott could be onto something. In the decades since the Rainbow Mine closed in 1940, mining techniques have improved and long-shuttered mines, known as legacy sites, have reopened throughout the West since about 2005, when the value of gold skyrocketed.

“Long-term, substantial income possibilities are promising for the right buyer,” said Parrott, who is affiliated with the Lake Havasu City Coldwell Banker office.