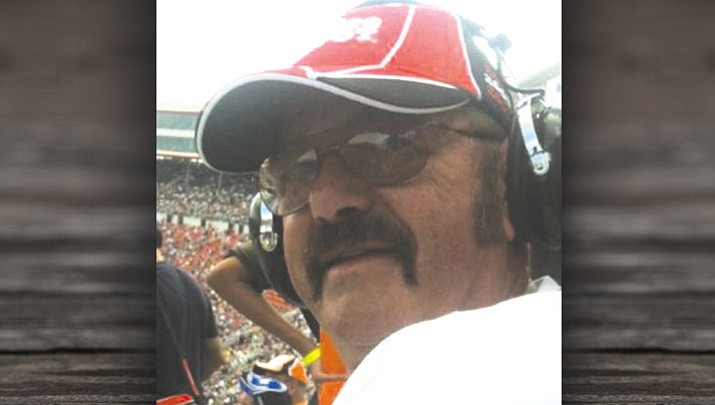 Ronald Wade Anderson, formerly of Kingman, lost his battle with cancer at his home in San Tan Valley, Ariz. on Thursday, Sept. 15, 2016.

Ronald was born Dec. 10, 1952 in La Mesa, Calif. In 1971, he enlisted in the Army and was honorably discharged two years later. He met his future wife, Anna, while he was working at Buck Knives in 1979. They married in 1980 and later moved to Kingman where he started his family and spent most of his life. During his time in Kingman he worked at Southern California Edison, where he started as a laborer and through hard work and his brilliant mind was able to achieve the position of Shift Supervisor of Operations over his 27 years working there. He then moved to Price, Utah. There he was supervisor of operations for Carbon County Power Plant. He spent his last year in San Tan Valley so he could be closer to family and his grandson Colton, whom he loved dearly.

He was an avid Nascar fan and loved to ride his Harley. He will be remembered for his sarcastic sense of humor and his dedication to his family and friends.

He was preceded in death by his father Billy Anderson, mother Barbara Herwig, and sister Karen Anderson.

Ron was a loving father, husband, brother, grandfather and friend to all. We will love and miss you, as you take your last ride into the sunset.