Lower grocery prices ease grief at the grocery store
Bringing home the bacon costs more, but most everything else is less 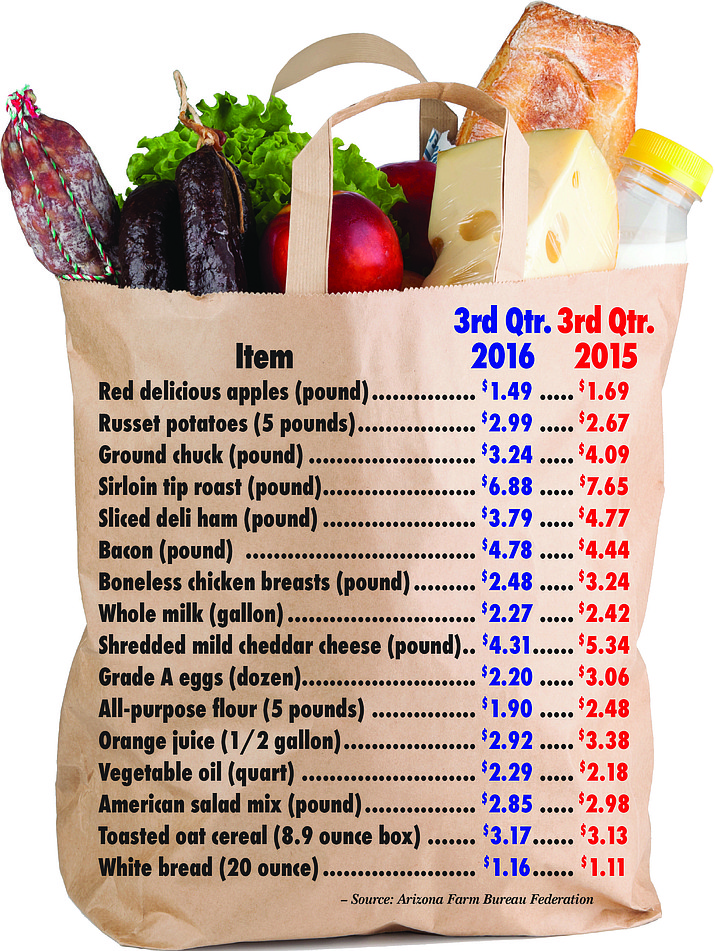 PHOENIX – That debate over the chicken or the egg is about to hit dinner tables.

New figures Monday from the Arizona Farm Bureau Federation show the bottom has dropped out of the price for poultry. Boneless chicken breasts which were selling for $3.24 a pound a year ago and spiked three months ago at $4.36 have now dropped to $2.48.

But the price of eggs, which had finally began dropping from high last year, is beginning to inch back up again, from $1.69 a dozen three months ago to $2.20 now. Still, that's better than last year when the same carton would cost more than $3.

So what's going on?

Farm Bureau spokeswoman Julie Murphree said that, at least as far as the birds themselves, it appears that the supplies which were decimated during the avian flu outbreak are finally back to where they were before. Millions of birds had to be destroyed.

So why hasn't the price of eggs followed suit?

But there's something else.

As with all products, price is based on not only supply but also demand. And Murphree said that the demand for liquid eggs used by commercial operations increases this time of the year as they start getting into the holiday baking season.

She pointed out, though, that the cost of the overall market basket of 16 typical items that the Farm Bureau shoppers go out and price is down, not only since the last quarter but also over last year's prices.

In fact, the $48.72 price tag is the lowest it's been since the middle of 2013. And that's without even considering inflation into the mix.

Here, too, Murphree said supply – and demand in particular – explain at least some of that.

"The global market, China, Russia, India, their demand in certain ag commodities continues to be soft,'' she explained.

"And we're, as we say in the ag community, long on supplies,'' Murphree continued. “That's why you're seeing across the board this decrease in food prices, which is really good for you and I.''

The quarterly survey is based on what Farm Bureau shoppers find at their local markets around the state, including any special sales. But it does not include additional savings that some grocers offer to those who use their "affinity cards.''

Enjoy eating? Some prices have, in fact, gone down
Bacon demand driving up breakfast food prices
Beef prices rise, pushing up grocery costs by $2 over last quarter
Farm Bureau Federation: Arizonans paying more for groceries
Cost of eggs up 35 percent, most other groceries down since last year