Economic development at the forefront of tonight’s city council meeting 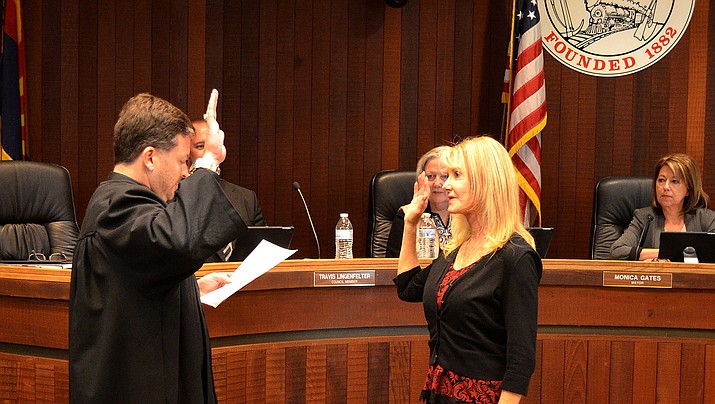 Old and new business items on tonight’s Kingman City Council meeting agenda will once again involve discussions on how to generate more revenue for the local economy.

They voted 5-1 at the March 7 meeting to table this item until after a presentation from Arizona Town Hall. Councilmember Travis Lingenfelter requested at the March 21 council meeting the item be postponed until after discussion of hiring an economic development director, which council decided to do, 6-1, April 4.

Also expected is further discussion on the city’s participation with Arizona Town Hall.

At the April 4 council meeting, City Manager John Dougherty was directed to reschedule the item as a request from the Kingman business community for the city’s financial participation in the Arizona Town Hall meeting.

Economic development has been a hot button topic, spurring hours of debate at public meetings and on social media.

There’s a large consent agenda, but any one of the 14 items could be pulled and set aside for separate discussion.

The possibility of an executive session is real. Councilmember David Wayt has requested council meet with City Attorney Carl Cooper regarding the city’s lease with the Kingman Airport Authority. The session is not open to the public, and there’s no telling when council will break for the session.

The meeting is open to the public and starts 5:30 p.m. at City Hall, at 310 N. Fourth St. The agenda can be viewed at www.cityofkingman.org.